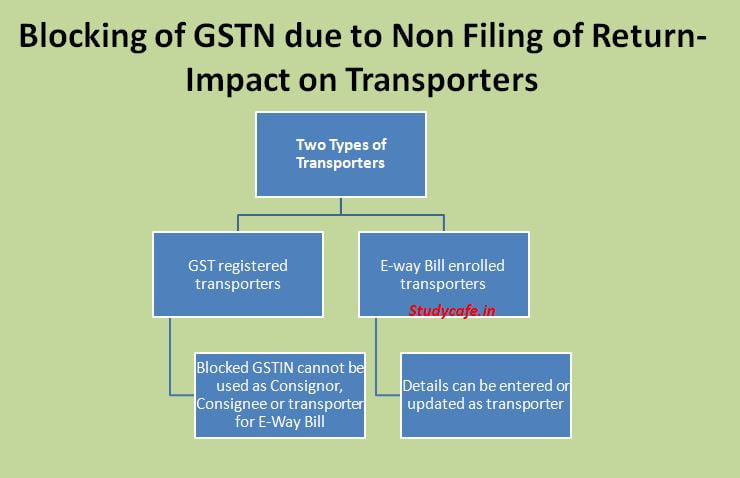 Can transporter generate e-way bill on blocked supplier or recipient

Ans: No, the transporter also cannot generate the e-way bills, if supplier or recipient is blocked due to non-filing of returns.

Will the e-way bill system block the updating of Transporter Id, if transporter id is blocked

Ans: Yes, the e-way bill system will also block the updating of Transporter Id, provided he is registered in GST and has not filed the Returns for latest two successive months. However, there will not be any problem in updating of the enrolled transporter id, while generating the e-way bills.

You May Also Refer : Blocking/Unblocking of E way bill generation

What happens to the already generated e-way bills of the blocked GSTINs, which are active and in transit

You May Also Refer : How to Unblock the GSTIN for generation of e-waybill

Ans: The e-way bills, that are already generated and valid, can be updated with vehicle and transporter details and can be extended, if required, by the authorized stake holder (tax payer/transporter) as per rule.