by Studycafe 1 week ago1 week ago

“Sabka Vishwas- Legacy Dispute Resolution Scheme 2019” was introduced with an aim for resolution and settlement of pending cases of Central Excise, Service Tax. Similarly, in Direct Tax regime “Vivad Se Vishwas” Scheme has been introduced so that taxpayers whose tax demands and disputes related to Income Tax pending in multiple forums as on 31st January, 2020 [irrespective of whether the demand is pending or has been paid], can pay that taxes and settle disputes by 31st March, 2020, and get a complete waiver of interest and penalty. In case of failure to pay tax within 31st March 2020, that defaulter taxpayer will be allowed to pay his taxes till 30th June 2020, but with 10% more on the tax. The appeals and disputed matters might be related to any assessment years, even disputed matters might be related to the appeal against the tax determined on defaults in respect of TDS or TCS. 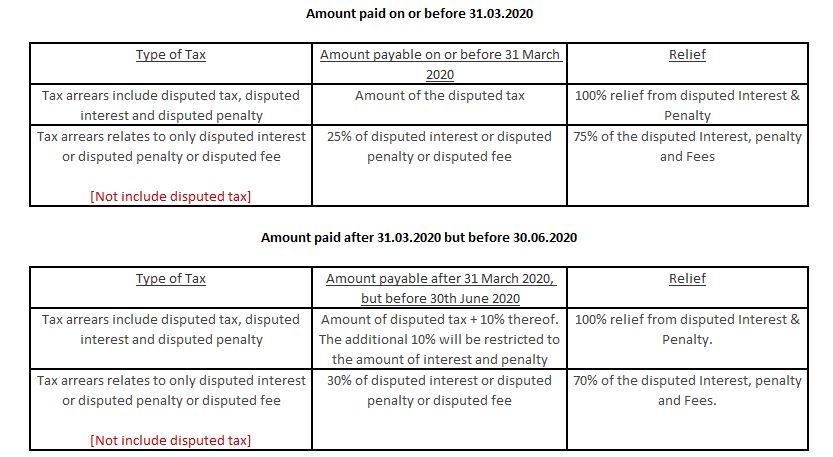 Definition of Appellant under this scheme

According to this Scheme, the income tax authority, or the person, or both, whose appeal is pending before any appellate forum as on 31st January, 2020 will be treated as appellant.

Definition of Appellate Forums under this scheme

Supreme Court, the High Courts, the Income Tax Appellate Tribunals, and the Commissioner (Appeals) will be treated as appellate forum under this scheme.

Definition of Designated Authority under this scheme

The Principal Chief Commissioner will designate an officer, not below the rank of a Commissioner of Income Tax, as the designated authority to manage and resolve the disputed matters in Direct Tax era under this scheme

Benefits of the Scheme

• Taxpayers will be able to utilize the time, energy and resources saved by opting this dispute resolution scheme towards their business activities.

• Once a dispute is resolved as per this scheme, the designated authority cannot levy interest or penalty in relation to that dispute.

• No appellate forum can make a decision in relation to that dispute which has been resolved already. Such matters cannot be reopened in any proceeding under any law, including the IT Act.

Time and Manner of payment of Disputed Tax

Revival of disputes and claims

If particulars submitted by the appellant are found to be false,

• The appellant seeks any remedy or claim in relation to that dispute.

Therefore all proceedings and claims withdrawn based on the declaration of appellant will be deemed to have been revived.

Exclusion of disputes from this Scheme

• Disputed tax arising out of search or seizure proceedings;

• The prosecution has been initiated before filing of the declaration;

• Tax arrears is in relation to undisclosed foreign source income

• Where an addition is based on the information received from a foreign country as part of an exchange of information u/s 90 or 90A;

• Where enhancement proposed by the CIT(A);

• Where any person who has been detained under The Conservation of Foreign Exchange and Prevention Of Smuggling Activities Act, 1974, before the filing of a declaration;

• Where, Any person, in whose case the prosecution has been initiated prior to the filing of a declaration under any of the specified acts

• Any person notified under Special Court (Trial of Offences Relating to Securities) Act, 1992, before the filing of a declaration

Over the years, the number of pending appeals filed by taxpayers as well as Government were increasing day by day since number of filed appeals is much higher than the number of disposed appeals. As a result, huge amount of disputed tax arrears is locked-up in these appeals. As on the 30th November, 2019, the amount of disputed direct tax arrears is Rs. 9.32 lakh crores. Therefore, there is an urgent need to provide such type of dispute resolution scheme as one time solution for long time pending disputes.

To enjoy the benefit of this Scheme to resolve disputes in Direct Tax, the appellant will have to furnish an undertaking waiving his rights to seek any remedy or claim in relation to that dispute under any law, including the Income Tax Act, 1961 (IT Act). Any claims already filed in relation to the dispute must be withdrawn before filing the declaration.

The proposed Bill shall come into the force on the date it receives the assent of the President and declaration may be made thereafter up to the date to be notified by the Government.