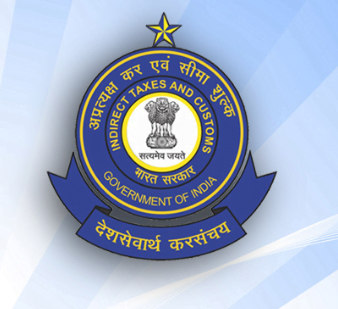 F. No. 267/78/2019/CX-8-Pt.lll
Government of India
Ministry of Finance
Department of Revenue
Central Board of Indirect Taxes and Customs

2. The references received by the Board have been examined, and the issues raised therein are clarified in the context of the various provisions of the Finance (No.2) Act, 2019 and Rules made there-under, as follows:

(ii) Section 124(2) provides for adjustment of any amount paid as pre-deposit at any stage of appellate proceedings or as deposit during enquiry, investigation or However, an amount paid after issuance of show cause notice but before adjudication are not mentioned therein. Further, these amounts gets appropriated/adjusted at the time of adjudication. There may be situations where such deposits may have been made but could not be appropriated due to pendency of adjudication proceedings. With a view to facilitate the taxpayer, as well as to recognise and appropriate these deposits as revenue, it is clarified that such deposits can be deducted/adjusted when issuing the statement indicating the amount payable by the declarant.

(iii) Many a times, the deposits during enquiry, investigation or audit etc are made ‘under protest’. Such deposits need to be adjusted by the designated committee in order to determine the final amount payable by the declarant, once a declaration has been filed by the taxpayer. Section 130(2) provides that in case any,pre-deposit or other deposit already exceeds the amount payable under the Scheme , the differential amount will not be refunded. Any person who files a declaration under the Scheme undertakes to comply with all the provisions of the Scheme. Therefore, there is no question of refund of any excess deposit in any case.

(iv) Section 10(1) of the General Clauses Act, 1897 provides, inter alia, that any act or proceedings allowed to be done in any office on a certain day or within a prescribed period, then, if the office is closed on that day or the last day of the prescribed period, the act or proceeding shall be considered as done if it is done on the next day afterwards on which the office is open. Since, 06.2019 was a public holiday being a Sunday, it is, therefore, clarified that for the purpose of the Scheme the relevant date shall be considered as 01.07.2019 instead of 30.06.2019.

(v) For the purpose of eligibility under the Scheme in some of the categories such as litigation, audit /enquiry / investigation etc., the relevant date is 30.06.2019. However, it may so happen that the facts of a case may change subsequently. For instance, in a case under audit /investigation /enquiry where the tax dues have been quantified on or before 30.06.2019, a show cause notice is issued after 30.06.2019. Similarly, a case, which was under appeal as on 30.06.2019, may attain finality in view of appeal period being over etc. It is clarified that the eligibility with respect to a category in such cases shall be as it was on the relevant date ie., 30.06.2019.

(vi) Rule 3 of the Sabka Vishwas (LegacyDispute Resolution) Scheme Rules, 2019 provides that a separate declaration shall be filed for each case. Further, in terms of the Explanation to Rule 3, in case of audit, a ‘case’ means where the amount has been quantified on or before the 30th day of June, 2019. Many a times the audit report contains more than one paras. It is, clarified, that in such cases the option is available with the taxpayer to file separate declarations for each para or file a declaration for two or more paras together.

(vii) Form SVLDRS-1 provides for the requirement to indicate PAN (Sr No. 7 of Part A and Part B). In case of taxpayers having PAN based CX/ST registration, the relevant details are auto-populated by the system. It has been brought to the notice of the Board that in case of proprietorship firms in some cases name of proprietor is mentioned as declarant and not the name of the firm (name was automatically filled on entering PAN). It is, clarified, such cases can be processed with the name of the proprietor as declarant. Further, it has also been informed that some units were closed long back before the introduction of PAN based CX registration. Such units want to avail the Scheme but are unable to file the declaration due to mandatory requirement of Similar problem is also being faced by overseas service providers who’ do not have a PAN but want to avail of the scheme. Keeping in mind the objective of the Scheme to resolve outstanding litigation and to facilitate taxpayers, it is clarified that the requirement of PAN is not mandatory in such cases. The designated committee may waive such requirement in case of any other similar cases, based on facts.

(viii) There may be cases where the show cause notice were issued on or after 01.07.2019 and such cases are also not covered under any of the categories such as an enquiry or investigation or audit and tax dues having not been quantified on or before 30.06.2019. However, such cases become eligible under ‘arrears’ category depending the fulfilment of other conditions such appeal period being over or appeal having attained finality or the person giving an undertaking that he will not file any further appeal in the matter (Member’s D.O. letter F.No. 267/78/19/CX.8 dated 30th October, 2019). Since the main objective behind the Scheme is to liquidate the legacy cases under Central Excise and Service Tax, it would be desirable that the taxpayer in the above mentioned cases are also given an opportunity to avail its benefits. Therefore, the field formations were asked to take stock of such cases, and complete the on-going adjudication proceeding expeditiously following the due process. Further, it would also be desirable that the process of review is also carried out expeditiously in such cases so that the designated committees are able to determine the tax dues within the time stipulated under the Scheme.

(ix) Section 129 provides that a discharge certificate issued with respect to the amount payable under this scheme shall be conclusive as to matter and time period stated therein and the declarant shall not be liable to pay any further duty, interest or penalty with respect to the matter and time period covered in the declaration. It has been brought to the notice of the Board that in some cases, during subsequent investigation, it is discovered that the taxpayer has declared and paid lesser duty in the returns filed. Therefore, on conclusion of investigation etc., a show cause notice is issued demanding the differential duty. It is clarified that ‘matter’ under Section 129 means a case for which the taxpayer intends to file a declaration under the In the instant case, a ‘return filed but duty not paid’ is a separate matter and the SCN issued for ‘differential amount’ is a separate matter.

3. Difficulty if any, in implementation of this Circular may be brought, to the notice of the Board.