Case involving confiscation cannot be excluded under the SVLDRS 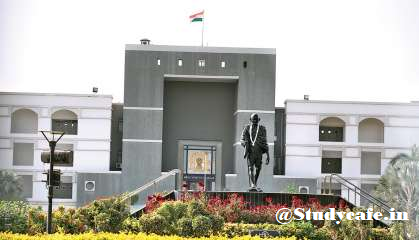 Case involving confiscation cannot be excluded under the SVLDRS

IN THE HIGH COURT OF GUJARAT

9.5. In view of the above provisions of the Scheme r/w. flyers, FAQs and press note issued by the Board, the intent and purpose of the Scheme appears to reduce litigation by giving a window to the taxpayers to pay the tax and end the litigation. The object of the Scheme was to provide one time measure for putting an end to past disputes of central excise and service tax and to provide the opportunity of voluntary disclosure to non complying taxpayers. Section 121(c) of the Scheme defines the ‘amount in arrears’ which means the amount of duty which is recoverable as arrears of duty under the indirect tax enactment, on account of adjudication by the competent authority or on account of admitted tax liability but not paid. Section 121 (h) of the Scheme provides that ‘declarant’ means a person who is eligible to make a declaration and files such declaration under Section 125.

9.6. Section 121(i) of the Scheme provides that ‘declaration’ means the declaration filed under Section 125. Section 122 of the Scheme provides the list of all indirect tax enactments to which the Scheme applies, whereas, Section 123 provides as to what would comprise of tax dues. More particularly, Section 123(b) provides that, where a show cause notice under any of the indirect tax enactment has been received by the declarant on or before the 30th day of June, 2019, then, the amount of duty stated to be payable by the declarant in the said notice would be tax dues. Section 124 provides for relief available under the Scheme with regard to payment of tax dues to the effect that where the tax dues are relatable to a show cause notice or one or more appeals arising out of such notice which is pending as on the 30th day of June, 2019, and if the amount of duty is rupees fifty lakhs or less, then, seventy percent of the tax dues would be waived and if the amount of duty is more than rupees fifty lakhs, then fifty percent of the tax dues would be waived subject to the conditions specified in sub-section (2) which prescribes for pre-deposit for taking into consideration the pre-deposit made by the taxpayers.

9.8. Section 129 (1) of the Scheme provides for issue of discharge certificate under Section 126 with respect to the amount payable under this Scheme shall be conclusive as to the matter and time period stated therein and provides immunity to the declarant from payment of any further duty, penalty or interest and prosecution and reopening of the matter in any other proceedings under the indirect tax enactments. Clause (a) of sub-section 1 of Section 129 of the Scheme though provides that the declarant shall not be liable to pay any further duty, interest, or penalty, it does not expressly provide that the declarant shall not be liable to pay fine / redemption fine, and therefore, the controversy has arisen, as in the present proceedings, as to whether the Scheme is applicable to the cases involving confiscation / redemption fine or not.

9.9. Though, there is no express provision in the Scheme with regard to providing immunity from payment of fine, the respondent authorities have specifically stated in FAQs, press notes and flyers that the Scheme provides for full waiver of interest, fine and penalty. In the facts of the case, there in no other fine which is envisaged under the indirect tax enactment. At this juncture, the contention raised on behalf of the respondents that the fine would mean the fine to be levied by the competent Court under Section 9 of the Central Excise Act and not fine as referred to be the redemption fine under Section 34 of the Act cannot be accepted considering overall intent and object of the Scheme, and we therefore, concur with the prima-facie opinion of the Coordinate Bench expressed in para-10 of the order dated 24.12.2019 which reads thus:

9.10. With regard to the clarification issued by the respondent Board in communication dated 20.12.2019 is also contrary to the intent and object of the Scheme which is discussed at length in para-11 and 12 of the order dated 24.12.2019 passed by the Coordinate Bench of this Court, and we therefore concur on such prima-facie opinion. Para-11 and 12 of the order dated 24.12.2019 read thus:

“11. It may be further noted that in the communication dated 20th December, 2019 of the Board, the contents whereof have been reproduced hereinabove, it has been stated that when a person gets immunity from prosecution, he also gets waiver of such fine for the offences under section 9 of the Central Excise Act, 1944. Thus, it is not the case of the Board that the Scheme does not provide for waiver of fine, but only that it does not provide for waiver of redemption fine. Testing the explanation put forth by the Board in the context of the relevant statutory provisions, section 9 of the Central Excise Act, 1944 specifies the categories of offences and the punishment thereunder, which may be punishable with imprisonment and fine or imprisonment or fine. Thus, the question of imposing fine arises only upon conviction for an offence specified in section 9 of the Central Excise Act. However, clause (b) of section 125 of the Finance Act, clearly excludes persons who have been convicted for any offence punishable under any provision of the indirect tax enactment for the matter for which he intends to file declaration. As a necessary corollary therefore, it follows that the legislature would not have contemplated waiver of fine under section 9 of the Central Excise Act, 1944. The only other fine envisaged under the Central Excise Act, 1944 is fine in lieu of confiscation/redemption fine. Under the circumstances, when the Board has issued FAQs, press notes and flyers stating that the Scheme grants waiver of interest, penalty and fine, it appears that the same would be relatable to redemption fine, inasmuch as, it is the only other fine contemplated under the Act. Besides, as noticed earlier, persons whose cases involve confiscation/ fine in lieu of confiscation are not placed in the categories of persons enumerated in section 125 of the Finance Act, who are not eligible to file declarations thereunder.

11. The Supreme Court in the case of K.P. Varghese (supra) has laid down that the Rule of construction by reference to the principle of ‘contemporanea exposition est optima et fortissima in lege’ which is a well established rule for interpreting a statute by reference to the exposition it has received from contemporary authority, though it must give way where the language of the statute is plain and unambiguous. Therefore, when the Central Board of Indirect Taxes has issued FAQs, press notes and flyers by way of explaining the scheme providing waiver of interest, penalty and fine and immunity from prosecution, then case involving confiscation / redemption fine cannot be excluded under the Scheme, as such explanation by the Board provides legitimate aid in the constructions and interpretations of the provision of the Scheme.

As observed by the Coordinate Bench of this court, the order passed in this petition would also apply to the similarly situated declarants who have not approached this Court, in order to reduce the multiplicity of proceedings. Accordingly, this order would apply to the cases of all the declarants involving confiscation / redemption fine.

In such circumstances, the respondent authorities are directed to issue necessary discharge certificate under Section 129 of the Finance Act, 2019 to the petitioners subject to fulfillment of all other conditions as per the Scheme. Rule is made absolute to the aforesaid extent, with no order as to costs.