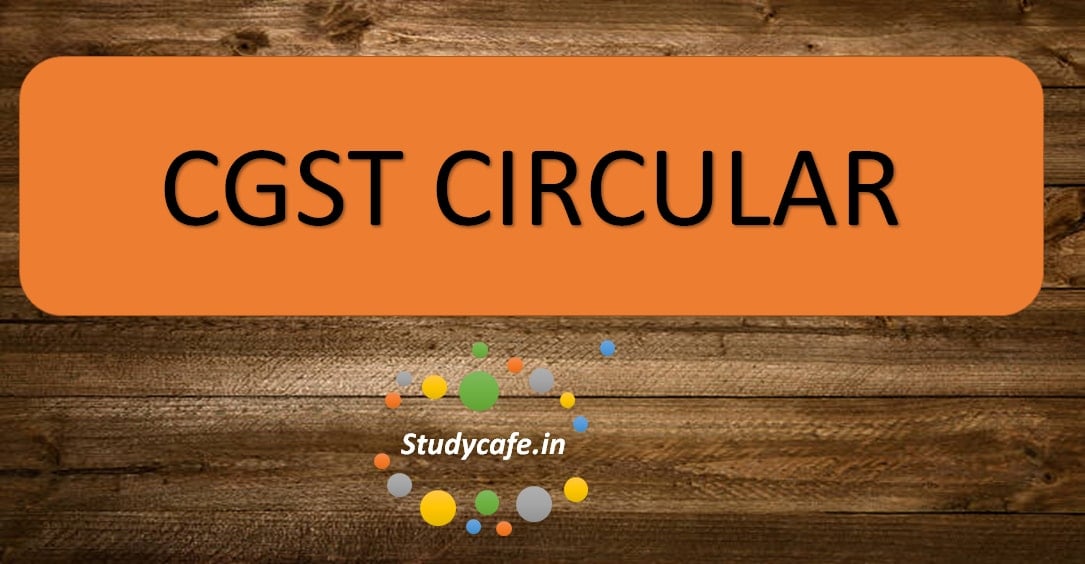 F. No. 349/82/2017-GST
Government of India
Ministry of Finance
Department of Revenue
Central Board of Excise and Customs
GST Policy Wing

2. Therefore, in exercise of powers conferred under section 168 (1) of the Central Goods and
Services Tax Act, 2017, for the purpose of uniformity in the implementation of the Act, following
issues are being clarified here under:

a. Eligibility to export under LUT: Notification No. 16/2017 Central Tax dated 7th July,
2017 specifies conditions to be fulfilled for export under Letter of Undertaking (LUT) in place of
bond. In the extant Central Excise provisions, LUTs were limited to manufacturer exporters only.The intent of the said notification is to liberalize the facility of LUT and extend it to all kind ofsuppliers. It is hereby clarified that any registered person who has received a minimum foreigninward remittance of 10% of export turnover in the preceding financial year is eligible for availingthe facility of LUT provided that the amount received as foreign inward remittance is not less thanRs. one crore. This means that only such exporters are eligible to LUT facilities who have receiveda remittance of Rs. one crore or 10% of export turnover, whichever is a higher amount, in theprevious financial year. A few illustrations are as follows:

i. An exporter had a turnover of Rs. 15 crore in the previous financial year. He wouldbe eligible for LUT facility if remittance received against this export is Rs. 1.5 croreor more (10% of export turnover is more than Rs. 1 crore)

ii. An exporter had a turnover of Rs. 5 crore in the previous financial year. He would
be eligible for LUT facility if remittance received against this export is Rs. 1.0 crore
or more (10% of export turnover is less than Rs. 1 crore)

iii. An exporter has an export turnover of Rs. 2 crore. He has received Rs. 80 lacs as
foreign inward remittances in FY 2016-17 which is 40% of the export turnover. Hewill not be eligible for LUT facility as remittance received is less than Rs. 1 crore.

iv. An exporter has export turnover of Rs. 40crore. He has received Rs. 2 Crores as foreign inward remittances in FY 2016-17 which is 5% of the export turnover. He
will not be eligible for LUT facility as remittance received is less than 10% ofexport turnover, even though it is in excess of Rs. 1 crore.

v. An exporter has received Rs. 1 Crore 10 lacs as foreign inward remittances in FY
2016-17 which is 20% of the export turnover. In this scenario, he will be eligiblefor LUT facility.

It may however be noted that a status holder as specified in paragraphs 3.20 and 3.21 ofthe Foreign Trade Policy 2015-2020 is eligible for LUT facility regardless of whether he satisfies the above conditions.

b. Form for LUT: Bonds are furnished on non-judicial stamp paper, while LUTs aregenerally submitted on the letterhead containing signature and seal of the person or the person authorized in this behalf as provided in said Notification.

c. Time for acceptance of LUT/Bond: As LUT/bond is a prior requirement for export, including supplies to a SEZ developer or a SEZ unit, the LUT/bond should be processed on topmost priority and should be accepted within a period of three working days from the date of submission of LUT/bond along with complete documents by the exporter.

d. Purchases from manufacturer and form CT-1: It is learnt that there is lack of clarityabout treatment of CT-1 form which was earlier used for purchase of goods by a merchant exporterfrom a manufacturer without payment of central excise duty. The scheme holds no relevance underGST since transaction between a manufacturer and a merchant exporter is in the nature of supplyand the same has not been exempted under GST even on submission of LUT/bond. Therefore,such supplies would be subject to GST. The zero rating of exports, including supplies to SEZ, isallowed only with respect to supply by the actual exporter under LUT/bond or payment of IGST.

e. Transactions with EOUs: Zero rating is not applicable to supplies to EOUs and thereis no special dispensation for them. Therefore, supplies to EOUs are taxable under GST just likeany other taxable supplies. The EOUs, to the extent of exports, are eligible for zero rating like anyother exporter.

f. Forward inward remittance in Indian Rupee: Various representations have beenreceived with respect to receipts of proceeds of supplies in Indian Rupee especially with respectto exports to Nepal, Bhutan and SEZ developer/SEZ unit. Attention is invited to Para A (v) Part-Iof RBI Master Circular no. 14/2015-16 dated July 1, 2015 (updated as on November 5, 2015),which states there is no restriction on invoicing of export contracts in Indian Rupees in terms ofthe Rules, Regulations, Notifications and Directions framed under the Foreign ExchangeManagement Act 1999. Further, in terms of Para 2.52 of the Foreign Trade Policy (2015-2020),all export contracts and invoices shall be denominated either in freely convertible currency orIndian rupees but export proceeds shall be realized in freely convertible currency. However,export proceeds against specific exports may also be realized in rupees, provided it is through afreely convertible Vostro account of a non-resident bank situated in any country other than amember country of Asian Clearing Union (ACU) or Nepal or Bhutan.

Accordingly, it is clarified that acceptance of LUT instead of a bond for supplies of goods to Nepalor Bhutan or SEZ developer or SEZ unit will be permissible irrespective of whether the paymentsare made in Indian currency or convertible foreign exchange as long as they are in accordance with applicable RBI guidelines. It may also be noted that supply of services to SEZ developer or SEZunit will also be permissible on the same lines. The supply of services, however, to Nepal or Bhutanwill be deemed to be export of services only if the payment for such services is received by thesupplier in convertible foreign exchange.

g. Bank guarantee: Circular No. 4/4/2017 dated 7th July, 2017 provides that bankguarantee should normally not exceed 15% of the bond amount. However, the Commissioner maywaive off the requirement to furnish bank guarantee taking into account the facts andcircumstances of each case. It is expected that this provision would be implemented liberally.

Some of the instances of liberal interpretation are as follows:

h. Jurisdictional officer: It has been clarified in Circular Nos. 2/2/2017 GST dated 4thJuly, 2017 and 4/4/2017 GST dated 7th July, 2017 that Bond/LUT shall be accepted by the jurisdictional Deputy/Assistant Commissioner having jurisdiction over the principal place ofbusiness of the exporter. The exporter is at liberty to furnish the bond/LUT before Central TaxAuthority or State Tax Authority till the administrative mechanism for assigning of taxpayers torespective authority is implemented. It is reiterated that the Central Tax officers shall facilitate allexporters whether or not the exporter was registered with the Central Government in the earlierregime.

i. Documents for LUT: Documents submitted as proof of fulfilling the conditions of LUTshall be accepted unless there is any evidence to the contrary. Self-declaration shall be acceptedunless there is specific information otherwise. For example, a self-declaration by the exporter tothe effect that he has not been prosecuted should suffice for the purposes of notification No.16/2017 – Central tax dated 7th July, 2017. Verification, if any, may be done on post facto basis.Similarly, Status holder exporters have been given the facility of LUT under the said notificationand a self-attested copy of the proof of Status should be sufficient.

3. It is requested that suitable trade notices may be issued to publicize the contents of thiscircular.

4. Difficulty, if any, in implementation of the above instructions may please be brought to the
notice of the Board. Hindi version would follow.