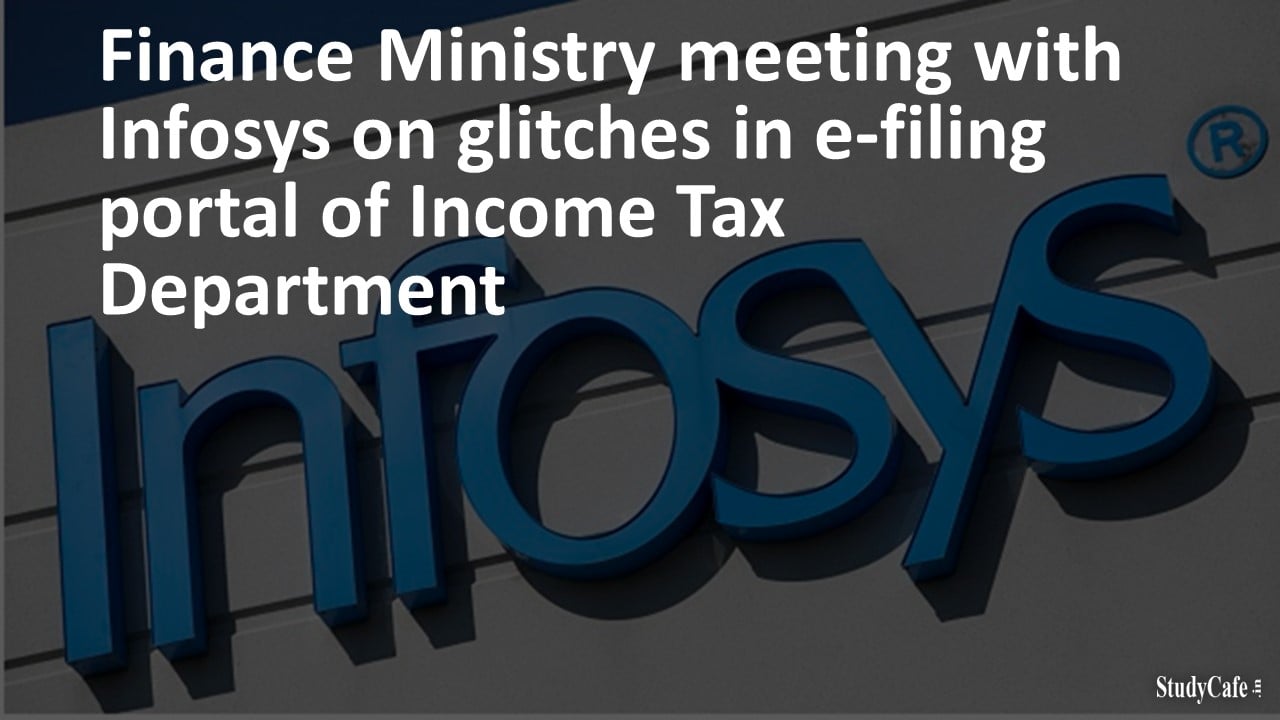 Union Minister for Finance & Corporate Affairs Smt. Nirmala Sitharaman took a meeting with Mr. Salil Parekh, MD & CEO, Infosys here today afternoon to convey the deep disappointment and concerns of the Government and the taxpayers about the continuing glitches in the e-filing portal of the Income Tax Department even after two and half months since its launch, which was also delayed. Smt. Sitharaman sought an explanation from Infosys for the repeated issues faced by taxpayers.

The Ministry of Finance emphasised that there is a need for putting in more resources and efforts on the part of Infosys so that the much delayed delivery of agreed services is ensured. Mr. Parekh was also sensitised on the difficulties that the taxpayers were facing and the problems that are arising on account of the delays in the functioning of the portal.

The Finance Minister demanded that the issues faced by taxpayers on current functionalities of the portal should be resolved by the team by 15th September, 2021 so that taxpayers and professionals can work seamlessly on the portal.

Mr. Parekh explained that he and his team are doing everything to ensure the smooth functioning of the portal. Further, Mr. Parekh said that over 750 team members are working on this project and Mr. Pravin Rao COO of Infosys, is personally overseeing this project. Mr. Parekh also assured that Infosys is working expeditiously to ensure a glitch-free experience to the taxpayers on the portal.