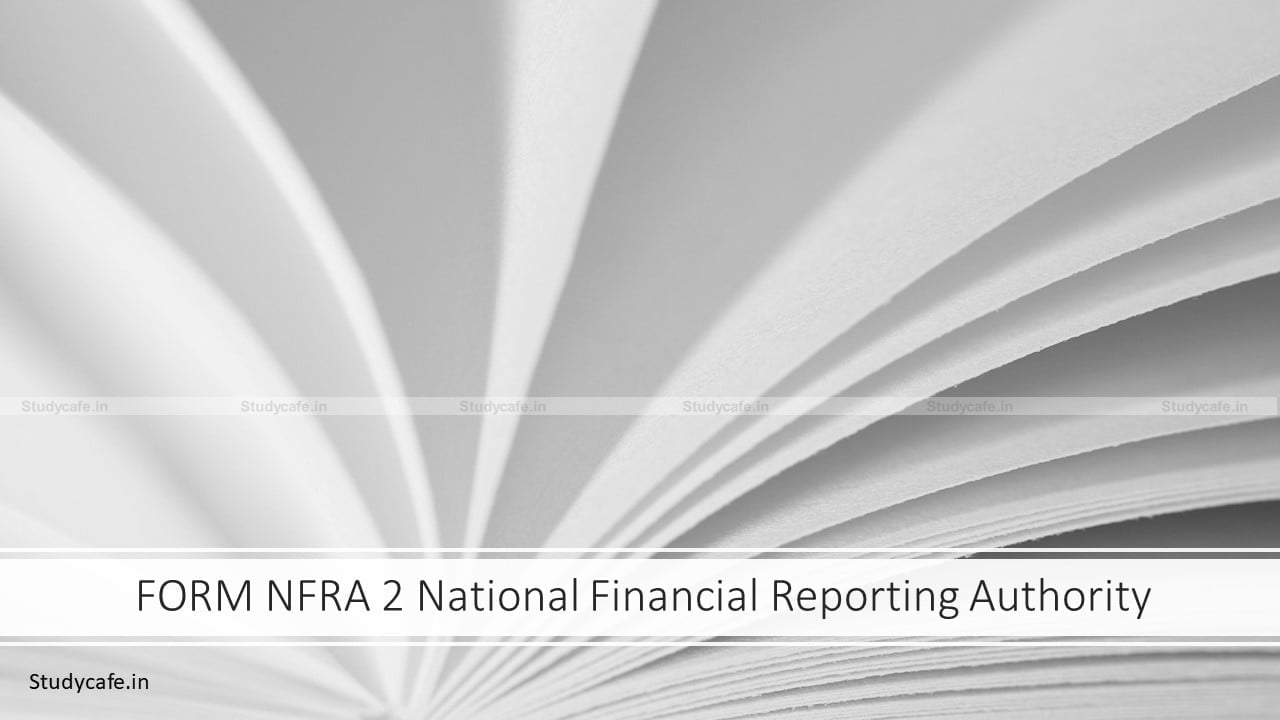 Annual Return to be filed by Auditor with the National Financial Reporting Authority.

Applicable on Auditors of below-mentioned companies:

(a) companies whose securities are listed on any stock exchange in India or outside India;

(c) insurance companies, banking companies, companies engaged in the generation or supply of electricity, companies governed by any special Act for the time being in force or bodies corporate incorporated by an Act in accordance with clauses (b), (c), (d), (e) and (f) of sub-section (4) of section 1 of the Act;

1. Unlisted private companies (unless referred by Central Government to the Authority in the public interest); and

2. Unlisted public companies with paid-up capital or turnover or aggregate of loans, debentures and deposits below the limit stated above.

Every auditor referred to in rule 3 shall file a return with the Authority on or before 30th November every year in Form NFRA-2.

Following are the required details and documents for filing Form NFRA 2:-

During the process of submitting the form, the user needs to have the following details/documents before proceeding with form filling.

1. Limited Liability Partnership Identification Number (LLPIN) or any other registration Number of the firm

3. Registration number of Auditor with the regulator/agency

4. The following details of the companies that need to be filled in:

5. Network Registration Number of the auditor with ICAI

6. Details of the Partners of the auditor

7. Number of employees employed by the auditor