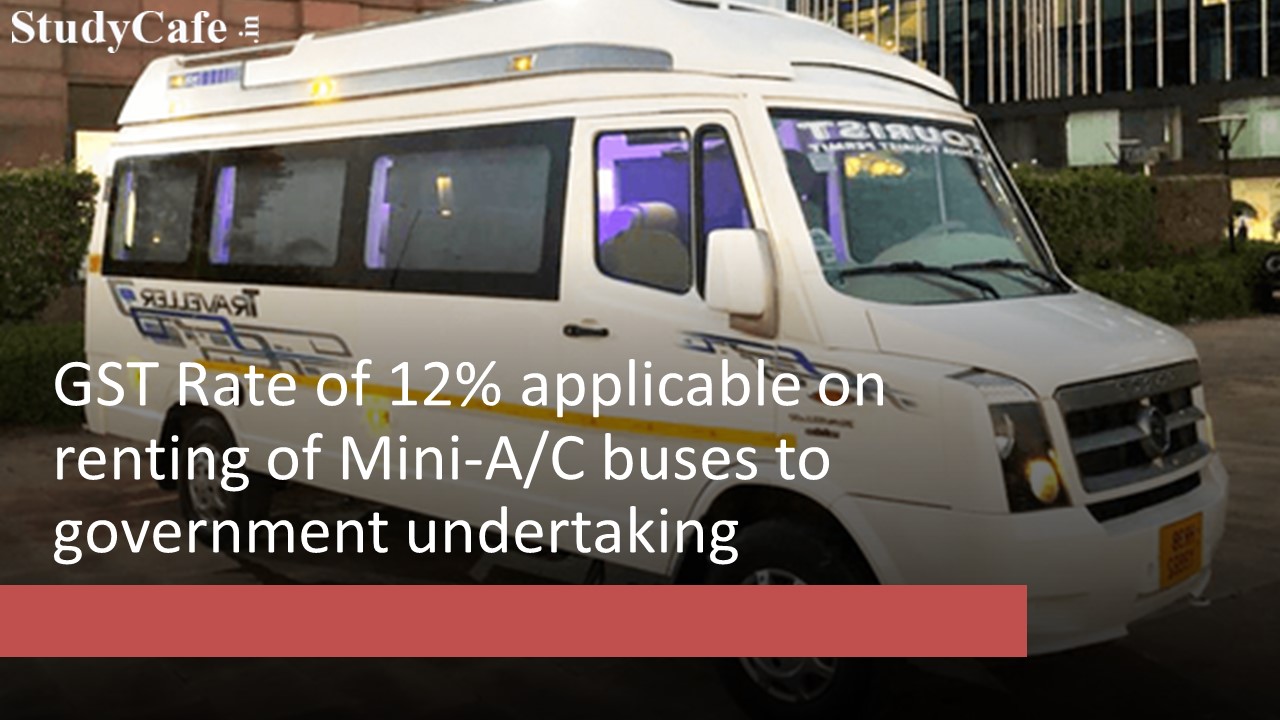 Introduction: An advanced ruling is a mechanism whereby taxpayers can get answers or clarifications regarding supply of goods and services, directly from tax authorities and the primary objectives for such a mechanism are to reduce litigation, attract FDI due to transparent tax liability, provide certainty with respect to tax liability and disclose ruling in an inexpensive and transparent manner. The Authority for Advanced Ruling (AAR) constituted by the tax authorities interprets tax laws for the taxpayers and it was created to address any issues faced by taxpayers and assist them by providing a decision on the clarification sought. The AAR’s appallet authority is the AAAR (Appellate Authority or National Appellate Authority for Advanced Ruling). Section 95 to Section 106 in Chapter XVII of CGST Act covers the procedures and rules related to advance rulings. An application is made by the taxpayer on the clarification sought by them. The taxpayer is provided an opportunity of being heard by the AAR. If there is consensus on resolution on the clarification sought between the AAR and taxpayer, an ‘Advance Ruling’ is issued by the AAR and on the contrary, the matter is referred to the AAAR.

The questions of law, which are address through this AAR are as follows:

Facts of the application made to AAR, by taxpayer ‘M/S. M P Enterprises and Associates Limited (applicant)’, dated 14-Jun-2021:

M/S. M P Enterprises and Associates Limited, the applicant herein, floated a tender for the operation of 500 mini A/C buses as public transportation in Mumbai and its suburbs on tender issued by Brihanmumbai Electric Supply and Transport Undertaking (BEST). Their quote was accepted and the arrangement was such that the obligations to be maintained by the applicant were as follows; maintenance to be undertaken by the applicant in the area identified by BEST and necessary infrastructure set-up to be made by applicant, electricity consumed by the applicant shall be paid by the applicant, drivers to be provided by applicant and regional transport officer number and BEST no. to be painted on buses as per BEST’s instructions. Further the agreement stated that new buses registered 6 months prior are to be provided for use and BEST’s obligation would be to provide the routes for plying of buses. The payment terms were such that BEST would pay based on kilometer’s covered by each bus, dead kilometers covered inside the bus shed and extra kilometers covered due to any diversions. The GST rate charged by applicant on invoice raised to BEST was 12% under Heading 9966 as per amended notification no. 31/2017 dated 13.Oct.2017 on the service charges which included the cost of fuel paid. But BEST was of the view that vide notification no. 12/2017-CT (R ) dated 28.06.2017, they need not pay GST on the service charges payable to applicant as the services provided by applicant is exempt from GST being ‘services by way of giving on hire to a state transport undertaking, a motor vehicle meant to carry more than 12 passengers.’

The question raised by the applicant was whether the renting of buses by applicant would amount to ‘hiring’ by a ‘state transport undertaking, a motor vehicle meant to carry more than 12 passengers.’ Since the overall control of the fleet of buses run by applicant exclusively for BEST did lie with BEST as enumerated above, the ownership of buses still lied with the applicant and payment was agreed on kilometer covered basis. When the buses were not plying, BEST does not pay any charges and hence the applicant was of the view that such an arrangement would amount to ‘renting of motor vehicle’ and not hiring. Several case laws were highlighted to reiterate that renting meant transfer of possession and effective control by another person [State of AP Vs. Rashtriya Ispat Nigam Limited 2002 89 AIR 1305 SC, G S Lamba and Sons V/S State of AP, Krushna Chandra Behera V/S State of Orissa 1991 83 STC 325 (Orissa)], as in the instant case where BEST took possession of the buses and also had effective control for running/operation of the buses.

The distinction between the terms renting and hiring was highlighted in the case laws CCE V/S Sachin Malhotra 2014 (10) TMI 816 and R S Travels Vs. CCE 2008 (12) STR 27, wherein it was stated that ‘hiring’ meant retaining by the owner of the vehicles of the entire control and possession of the vehicles whereas in ‘renting’ the entire control and possession of the vehicles is transferred to the user. It was therefore concluded that the services provided by the applicant to BEST amounted to renting and not hiring.

As for the rate of GST, for the renting of motor vehicles designed to carry passengers where cost of fuel is included in the consideration paid by service recipient, 3 GST rates were applicable, 5% where no ITC is availed, 12% where ITC is availed and rental of vehicles other than aforementioned classification. It was held in Supreme Court ruling Mauri Yeast India Pvt. Ltd. Vs State of UP that when there is a conflict between tariff entry and residuary entry, then the former prevails. It is obvious that applicant will not fall under the other category and hence the GST rate applicable would be 12% as per amended notification no. 31/2017 dated 13.Oct.2017.

The AAR, on verification of the representation made by the applicant through its learned representative, acknowledged the 3 issues to be address as highlighted above. The authority took note of the facts highlighted and acknowledged that the renting of motor vehicles by applicant to BEST did not amount to hiring and since it was a service provided by applicant, GST was not exempt as per notification no. 12/2017-CT (R ) dated 28.06.2017. The AAR also acknowledged the applicants contention on the rate of GST to be charged as 12% as per amended notification no. 31/2017 dated 13.Oct.2017 which was earlier 18% as per notification no. 11/2017 dated 28.Jun.2017. Hence till 13.Oct.2017, the GST rate chargeable on the ‘renting of motor vehicles’ would be 18% beyond which it would reduce to 12%. The AAR passed order vide order no. ARA-37/2020-21/B-16 dated 14.Jun.2021 reiterating the same and answered the three questions raised by the applicant that the service provided is not exempt from tax and would attract a GST rate of 12% as per amended notification no. 31/2017 dated 13.Oct.2017.