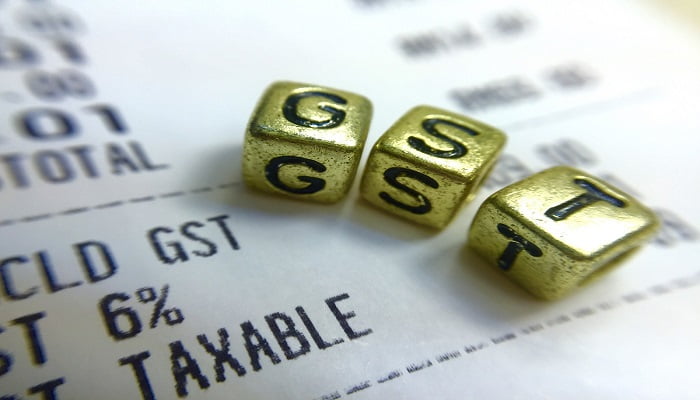 In the case of Megha Engineering & Infrastructures Ltd. v. Comm. of Central Tax (WP no. 55517 of 2018), Hon ble Telangana High Court held that Interest will be levied on Gross Tax Liability if there is a delay in filing GST return. That is to say, interest for the delayed payment of output tax liability of GST shall also be required to be paid on the liability paid by way of ITC.

The Order of Court is given below for reference:

Aggrieved by a demand made by the respondent for payment of interest on the ITC portion of the tax paid for the months of July, 2017 to May, 2018, the petitioner has come up with the above writ petition.

3. The petitioner is engaged in the manufacture of MS Pipes and in the execution of infrastructure projects. After the enactment of the Central Goods and Services Tax Act, 2017 (for short CGST Act, 2017 ), the petitioner registered themselves as a dealer under the Act and they claim to be regularly filing returns and paying taxes.

4. Under the CGST Act, 2017, the registration of dealers, input tax credit, filing of returns, payment of duty and issue of notices, all happen only on-line. All Assesses are required to log into the GST Portal for payment of duty and for filing of returns. The Assesses are required under the Act to file a return in Form GSTR – 3B on or before the 20th of every month, for the discharge of their liability of the previous month. The GST liability is permitted to be discharged by utilizing the ITC available. An electronic ledger is maintained, showing the amount available to the account of an assessee through the ITC.

5. The case of the petitioner is that the GST Portal is designed in such a manner that unless the entire tax liability is charged by the assessee, the system will not accept the return in GSTR – 3B Form. As a result, even if an Assessee was entitled to set off, to the extent of 95%, by utilizing the ITC, the return cannot be filed unless the remaining 5% is also paid.

8. Thus, there was a short fall to the extent of 45,44,03,252/-, which the petitioner was obliged to pay by way of cash. According to the petitioner, they could not make payment and file the return within time due to certain constraints. However, the entire liability was wiped out in May, 2018.

9. After the petitioner discharged the entire tax liability, the Superintendent of Central Tax issued letters dated 29.06.2018 and 06.07.2018 demanding interest at 18%, in terms of Section 50 of the CGST Act, 2017. The Assistant Commissioner also issued a letter dated 04.10.2018 demanding payment of interest.

11. However, the Department demanded interest on the total tax liability and hence the petitioner has come up with the above writ petition.

12. The respondents have filed a counter affidavit contending inter alia that under Section 39(7), every registered person, who is required to furnish a return, should have paid to the Government, the tax due as per such return, not later than the last date on which he is required to furnish such return; that Section 50 of the Act imposes a burden in the form of interest, upon every person who is liable to pay tax, but failed to pay the same; that the liability to pay interest under Section 50 (1), is a statutory obligation which the registered persons are obliged to comply on their own accord; that Section 50 (1) is not confined only to the cash component of the tax payable; that the claim of the petitioner is based upon the wrong presumption as though ITC amount was lying with the Government Treasury; and that since the liability under Section 50 is not penal in nature, the petitioner cannot escape liability.

13. From the pleadings, the only issue that arises for consideration is as to whether the liability to pay interest under Section 50 of the CGST Act, 2017 is confined only to the net tax liability or whether interest is payable on the total tax liability including a portion of which is liable to be set-off against ITC

14. For finding an answer to the said question, we may have to look at (i) the procedure for filing of returns and payment of tax; (ii) the eligibility and conditions for taking input tax credit and (iii) the wording of Section 50. FILING OF RETURNS:

16. Under Section 39, a detailed procedure is stipulated for the filing of the monthly returns. In brief, the Scheme of Section 39 is as follows:

i) Every registered person should furnish for every Calendar Month or part thereof, a return, electronically, of inward and outward supplies of goods or services, ITC availed, tax payable, tax paid etc., on or before the 20th day of the succeeding calendar month;

ii) The Commissioner is empowered to extend, by notification, for reasons to be recorded in writing, the time limit for furnishing the returns, for such Class of registered persons;

17. We should point out that what we have indicated in the preceding paragraph as the essence of Section 39, are confined only to every registered person other than an input service distributor or a non-resident taxable person or a person paying tax under Section 10/51/52. CLAIM OF ITC:

18. Section 41 deals with the claim of ITC and the provisional acceptance thereof. Under this provision, every registered person is entitled to take the credit of eligible input tax, as self-assessed in his return. The amount so claimed shall be credited on a provisional basis to his electronic credit ledger. But, this credit can be utilized only for payment of self- assessed out-put tax as per the return.

19. While Section 41 deals with the claim of ITC and provisional acceptance, Section 16 deals with the eligibility and conditions for taking ITC. Under Section 16 (1), every registered person shall be entitled to take credit of input tax charged on any supply of goods or services, which are used or intended to be used in the course of his business. The amount should be credited to the electronic credit ledger of such a person. But, the entitlement to take credit of input tax is subject to such conditions and restrictions as may be prescribed and in the manner specified in Section 49.

20. Sub-section (2) of Section 16 lays down four conditions subject to which a registered person will be entitled to the credit of any input tax. These conditions are

(i) he should be in possession of a tax invoice or debit note issued by a supplier registered under the Act;

(ii) he should have received the goods or services;

(iii) the tax charged in respect of such supply should have been actually paid to the Government, either in cash or through utilisation of ITC; and

(iv) he should have filed the return under Section 39.

21. Section 49 of the Act, which deals with payment of tax, also speaks about the manner in which ITC shall be credited. Sub-section (2) of Section 49 stipulates that the input tax credit as self-assessed in the return of a registered person should be credited to his electronic credit ledger in accordance with Section 41. The amount available in the electronic credit ledger may be used by virtue of Sub-section (4) of Section 49, for making any payment towards output tax under the Act.

23. In other words, Section 16 (2) makes a registered person entitled to take credit of input tax. Section 41 (1) provides for a credit entry to be made on a provisional basis in the electronic credit ledger. But, the time at which this credit is made under Section 41 (1) is important. Section 41 reads as follows: 41. Claim of input tax credit and provisional acceptance thereof (1) Every registered person shall, subject to such conditions and restrictions as may be prescribed, be entitled to take the credit of eligible input tax, as self- assessed, in his return and such amount shall be credited on a provisional basis to his electronic credit ledger. (2) The credit referred to in sub-section (1) shall be utilized only for payment of self-assessed output tax as per the return referred to in the said sub-section.

25. It is only after a credit becomes available in the electronic credit ledger that the utilization of the same for payment of self-assessed out-put tax, arises under Section 41 (2).

You May Also Like : CBIC Notifies New Due Date for Filing GST Returns by Composition Dealers

Tags : Interest will be levied on Gross Tax Liability if there is a delay in filing GST return, interest on late payment of gst, gst interest on gross or net