The Relevant Text of Order as follows :

27. The Hon’ble High Court of Karnataka in Yashodhara Shroff Vs.Union of India, (2019) SCC Online Kar 682 has upheld the validity of the proviso to sub-section 1 of Section 167. The learned Single Judge has observed as under:- 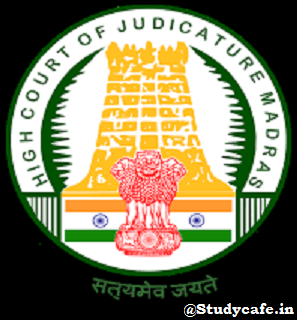 …195. At the outset, it would be relevant to delineate on the scope and object of a proviso to the provision.

(b) In this regard, learned Author, Justice G.P. Singh has, in “Principles of Statutory Interpretation”, enunciated certain rules collated from judicial precedents. Firstly, a proviso is not to be construed as excluding or adding something by implication i.e., when on a fair construction, the principal provision is clear, a proviso cannot expand or limit it. Secondly, a proviso has to be construed in relation to which it is appended i.e., normally, a proviso does not travel beyond the provision to which it is a proviso. A proviso carves out an exception to the main provision to which it has been enacted as a proviso and to no other. However, if a proviso in a statute does not form part of a section but is itself enacted as a separate section, then it becomes necessary to determine as to which section the proviso is enacted as an exception or qualification. Sometimes, a proviso is used as a guide to construction of the main section. Thirdly, when there are two possible construction of words to be found in the section, the proviso could be looked into to interpret the main section. However, when the main provision is clear, it cannot be watered down by the proviso. Thus, where the main section is not clear, the proviso can he looked into to ascertain the meaning and scope of the main provision.

(c) The proviso should not be so construed as to make it redundant. In certain cases, “the legislative device of the exclusion is adopted only to exclude a part from the whole, which, but for the exclusion, continues to be a part of it”, and words of exclusion are presumed to have some meaning and are not readily recognized as mere surplus age. As a corollary, it is stated that a proviso must be so construed that the main enactment and the proviso should not become redundant or otiose. This is particularly so, where the object of a proviso sometimes is only by way of abundant caution, particularly when the operative words of the enactment are abundantly clear. In other words, the purpose of a proviso in such a case is to remove any doubt. There are also instances where a proviso is in the nature of an independent enactment and not merely, an exception or qualifying what has been stated before In other words, if the substantive enactment is worded in the form of a proviso, it would be an independent legislative provision concerning different set of circumstances than what is worded before or what is stated before. Sometimes, a proviso is to make a distinction of special cases from the general enactment and to provide it specially.

(d) At this stage, the construction or interpretation of a proviso could be considered. In Ishverlal Thakorelal Almaulav.Motibhai Nagjibhai [AIR 1966 SC 459], while dealing with the Bombay Tenancy and Agricultural Lands Act, 1948, the Hon’ble Supreme Court held, that a proper function of a proviso is to except or qualify something enacted in the substantive clause, which but for the proviso, would be within that clause. In Kaviraj Pandit Durga Dutt Sharmav.Navaratna Pharmaceutical Laboratories[AIR 1965 SC 980], while considering proviso to Section 6 of Trade Marks Act, 1940, it was observed that it would not be a reasonable construction for any statute, if a proviso which in terms purports to create an exception and seeks to confer certain special rights on a particular class of cases included in it should be held to be otiose and to have achieved nothing. In Kedarnath Jute Manufacturing Co. Ltd. v.The Commercial Tax Officer, [AIR 1966 SC 12], it was observed that “the effect of an excepting or qualifying proviso, according to the ordinary rules of construction, is to except out of the preceding portion of the enactment or to qualify something enacted therein, which, but for the proviso, would be within it”. [See “Craies” on Statute Law – 6th Edition – P.217]. In this case, the Court was considering Section 5(2)(a)(ii) of Bengal Finance Sales Tax Act, 1941 and Rule 27-A of Bengal Sales Tax Rules. In Dattatraya Govind Mahajanv. The State of Maharashtra, [(1977) 2 SCC 548:AIR 1977 SC 915], a Constitution Bench of the Apex Court, while considering the amendment made to Maharashtra Agricultural Lands (Ceiling on Holdings) Act, 1961, in the context of Article 31B of the Constitution and the second proviso thereto, reiterated what was stated in Ishverlal’s case, supra. In S. Sundaram Pillaiv.V.R. Pattabiraman, [(1985) 1 SCC 591:AIR 1985 SC 582], while dealing with the scope of a proviso and explanation to sub-section (2) of Section 10 of Tamil Nadu Buildings (Lease and Rent Control) Act, 1960, the Hon’ble Supreme Court held that a proviso may have three separate functions. Normally, a proviso is meant to be an exception to something within the main enactment or qualifying some thing enacted therein which, but for the proviso, would be within the purview of the enactment. In other words, a proviso cannot be torn apart from the main enactment, nor can it be used to nullify or set at naught the real object of the main enactment. Sometimes, a proviso may exceptionally have the effect of a substantive enactment.

(e) After referring to several legal treatises and judgments, the Apex Court held in the above judgment as under:—

“43. We need not multiply authorities after authorities on this point because the legal position seems to be clearly and manifestly well established. To sum up, a proviso may serve four different purposes:

(1) qualifying or excepting certain provisions from the main enactment;

(2) it may entirely change the very concept of the intendment of the enactment by insisting on certain mandatory conditions to be fulfilled in order to make the enactment workable;

(3) it may be so embedded in the Act itself as to become an integral part of the enactment and thus acquire the tenor and colour of the substantive enactment itself; and

(4) it may be used merely to act as an optional addenda to the enactment with the sole object of explaining the real intendment of the statutory provision.”

(f) The approach to the construction and interpretation of a proviso are enunciated in the following cases. InM. Pentiahv.Muddala Veeramallappa, [AIR 1961 SC 1107], it was observed that while interpreting a section or a proviso, if the choice is between two interpretations, the narrower of which would fail to achieve the manifest purpose of the legislation, one should avoid a construction which would reduce the legislation to futility and should rather accept the bolder construction based on the view that Parliament would legislate only for the purpose of bringing about an effective result. In Superintendent & Remembrancer of Legal Affairs to Govt. of West Bengal v. Abani Maity, [(1979) 4 SCC 85:AIR 1979 SC 1029], the Apex Court observed that the statute is not to be interpreted merely from the lexicographer’s angle. The Court must give effect to the will and inbuilt policy of the Legislature as discernible from the object and scheme of the enactment and the language employed therein. The words in a statute often take their meaning in the context of a statute as a whole. They are, therefore, not to be construed in isolation.”

28. A perusal of the above extract from the judgment of the Hon’ble Karnataka High Court in Yashodhara Shroff Vs. Union of India (supra), reveals that the Court has found that the proviso to Section 167(1)(a) must be interpreted in ordinary terms and would apply to the entirety of Section 164 including sub-section 2. The Court has further held that this proviso can be justified on two grounds. Firstly, it has been reiterated that the exclusion of Directors from vacating their posts in the defaulting company while doing so in all other companies where they hold Directorship has been done in order to prevent the anomalous situation wherein the post of Director in a company remains vacant in perpetuity owing to automatic application of Section 167(1)(a) to all newly appointed Directors. Secondly, the underlying object behind the proviso to Section 167(1)(a) is seen to be the same as that of Section 164(2) both of which exist in the interest of transparency and probity in governance. Owing to these justifications, the Court thus holds that the proviso to Section 167(1)(a) is neither manifestly arbitrary nor does it offend any of the fundamental rights guaranteed under Part III of the Constitution of India.

29. We are pursuaded to agree with the views of the Hon’ble Single Judge of the Karnataka High Court that present an accurate interpretation of the impugned law. The impugned provisions are intravires for all the reasons herein above. The writ petition is accordingly dismissed. No Costs.