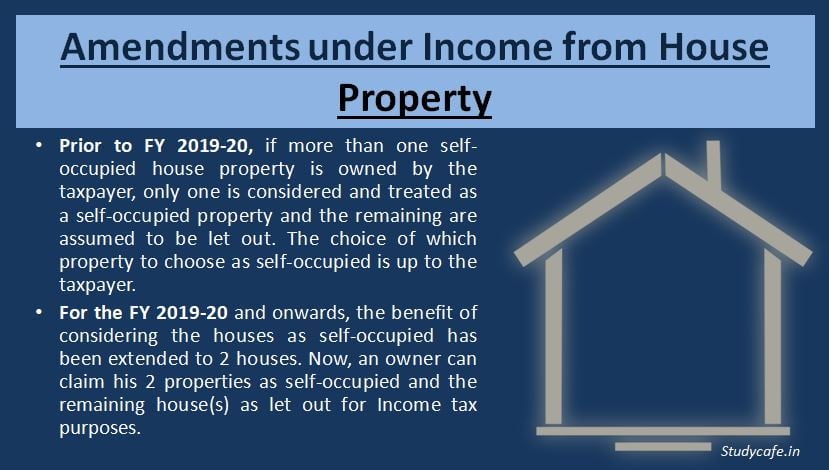 A person’s gross total income chargeable to tax various heads and one of these heads of income is ‘Income from House Property’.

While filing returns for the FY 2018-19, an individual is required to provide the break-up of the income from house property.

The income from house property is added/ included in a person’s (the assessee)’ gross total income only if it satisfies three essential conditions:

1. The assessee is the owner of that property.
2. The property must consist of house, buildings and/or land.
3. The property may be used for any purpose except used by the owner for the purpose of running his business or profession.

The following amendments should be considered for the taxability of Income under the head house property,having regard to the Finance Act, 2019:-

In case of assessee other than builders or developers :-

• Relief has been provided to the taxpayer by allowing him an option to claim nil annual value in respect of any 2 houses, declared as self-occupied, instead of one such house as is currently provided.

For the FY 2019-20 and onwards, the benefit of considering the houses as self-occupied has been extended to 2 houses. Now, an owner can claim his 2 properties as self-occupied and the remaining house(s) as let out for Income tax purposes.

• The monetary limit of deduction on account of interest payable on borrowed capital shall continue to apply to the aggregate of the amounts of deduction in case of more than one self-occupied houses.

In case the assessee is a builder or developer :-

• Relief to the taxpayers that notional rent in respect of unsold inventory shall not be charged to tax up to 2 years, instead of existing one year, from the end of the financial year in which the certificate of completion is obtained from the competent authority.

Cancellation and Revocation of Cancellation of GST Registration Expectations from Budget 2020 Deduction in respect of interest on loan taken for affordable housing Section 80EEA Carry forward and Set-off of Losses in case of Start-ups TDS PROVISIONS UNDER GST, TDS RATE IN GST, PERSONS NOTIFIED TO DEDUCT TDS View All Posts 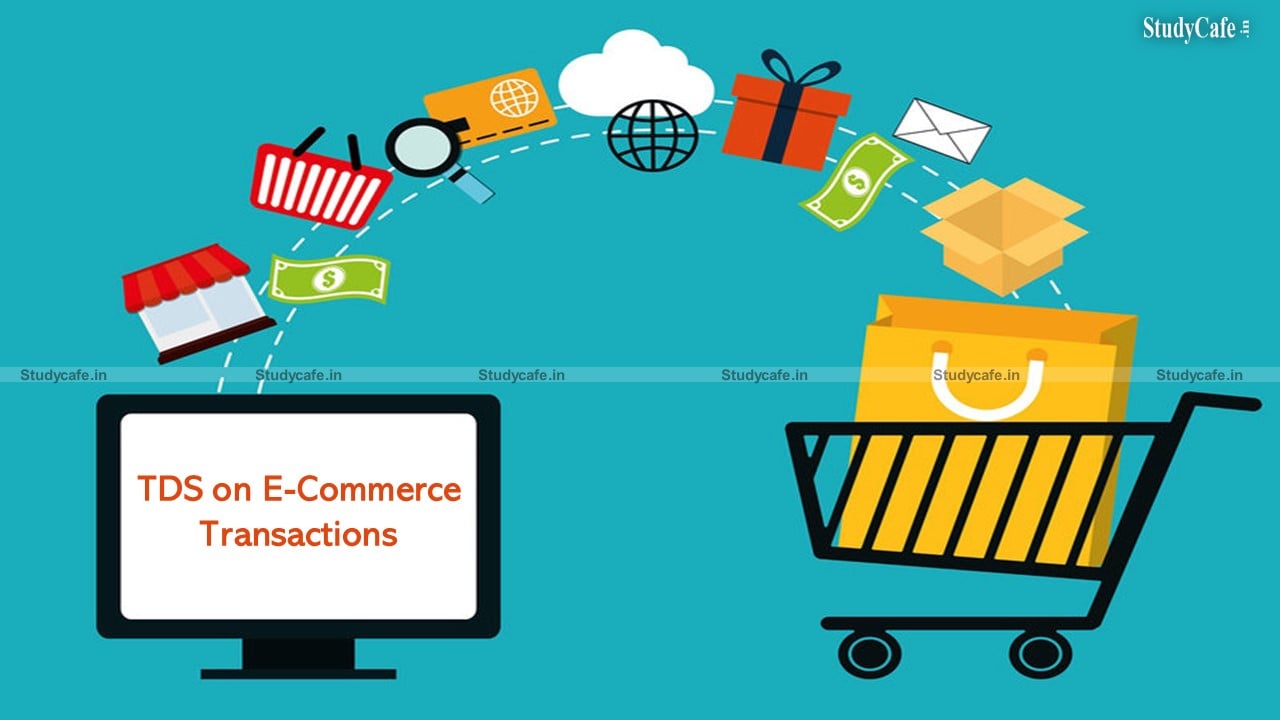 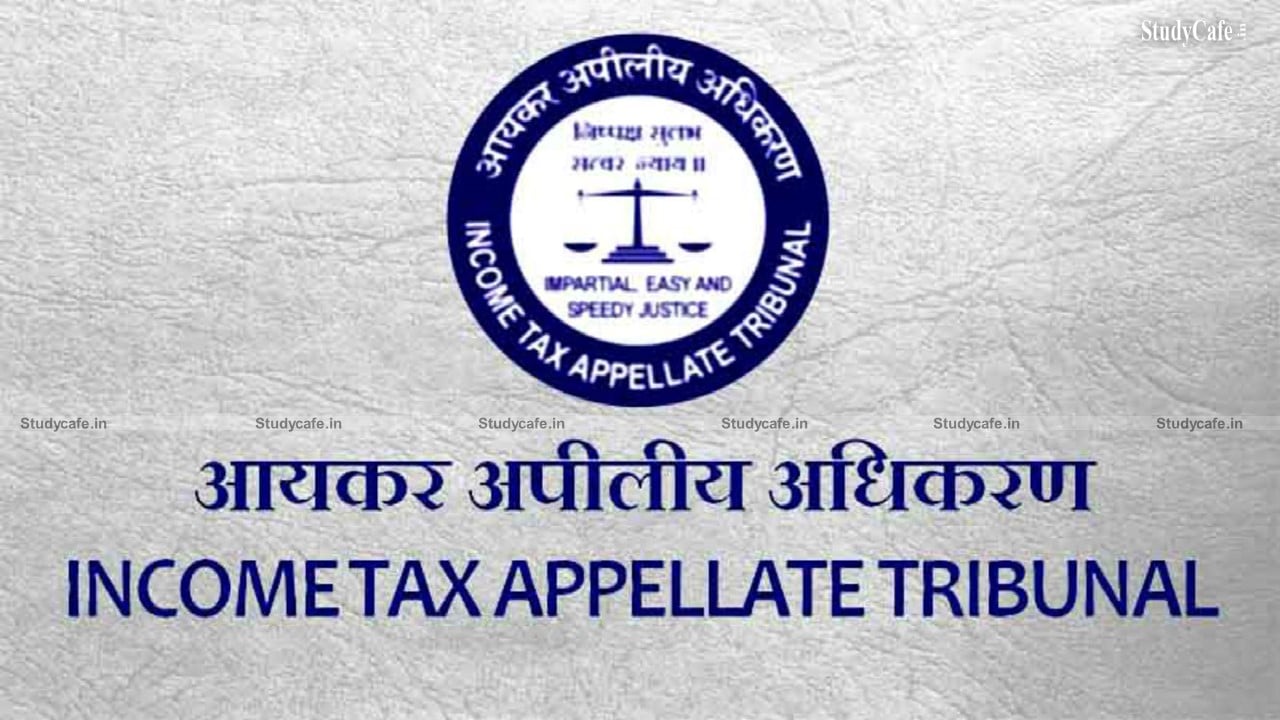 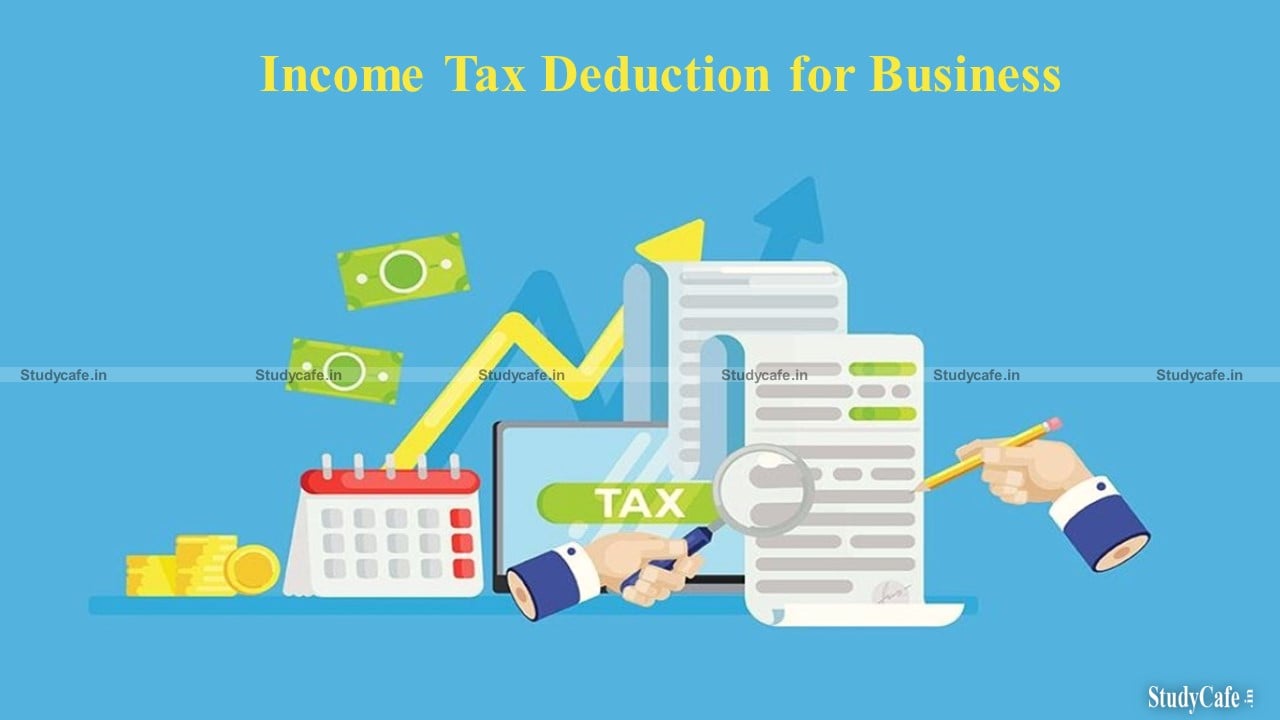 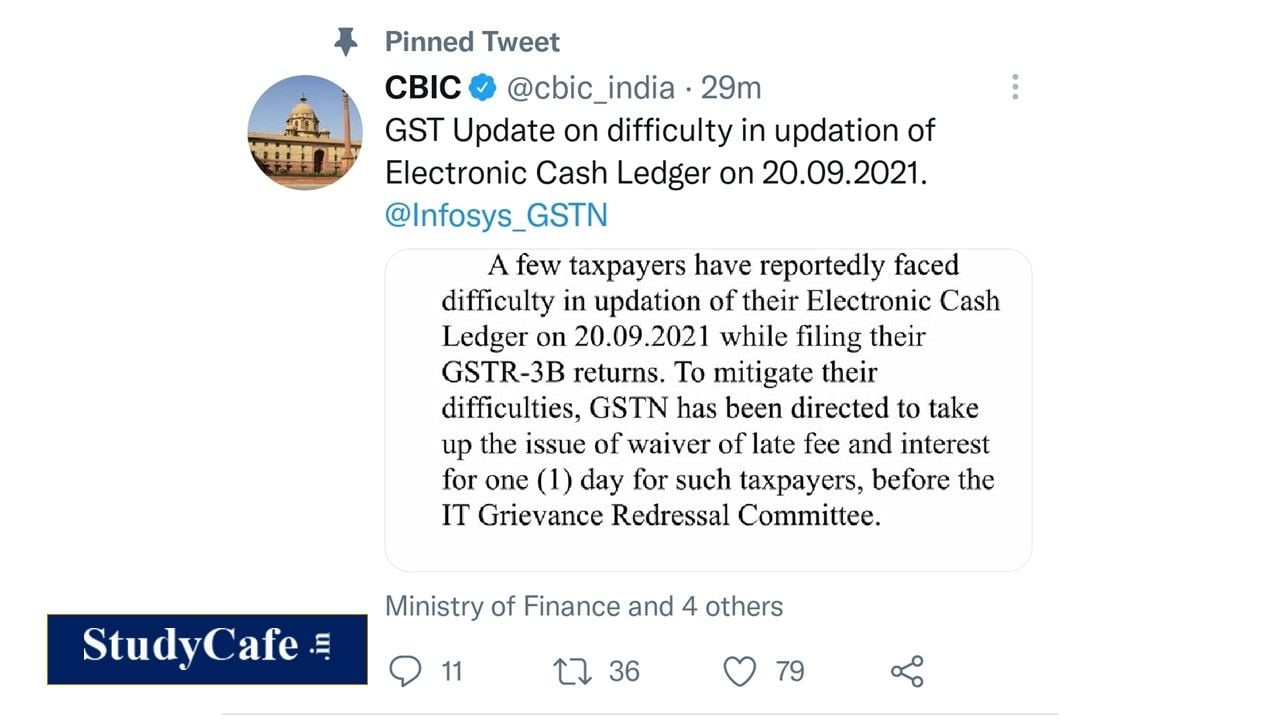