Budget 2022: No Set off of Any Loss to be Allowed Against Undisclosed Income Detected During Search or Survey 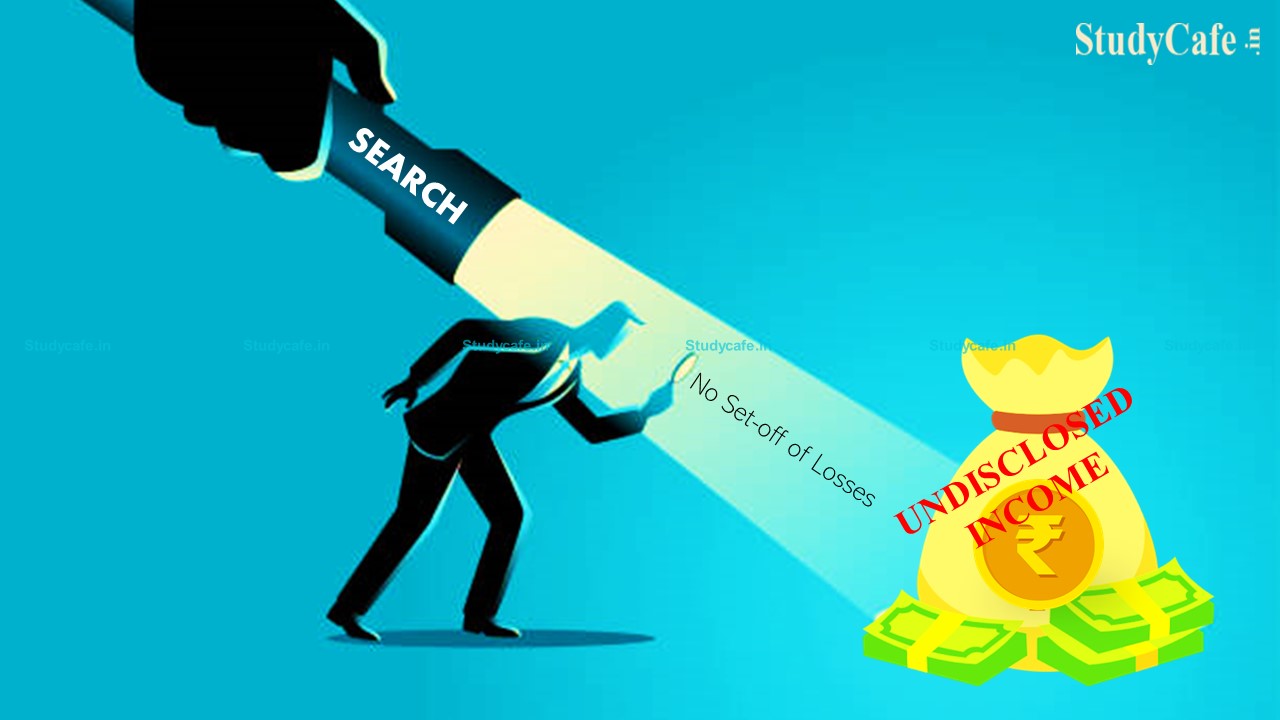 Budget 2022: No Set off of Any Loss to be Allowed Against Undisclosed Income Detected During Search or Survey

Finance Minister Nirmala Sitharaman is presenting her fourth Union Budget in Parliament in a paperless manner, like she did last year. Domestic and foreign investors, as well as other interest groups such as farmers, crypto investors, worried middle class and business organizations, as well as MPs, will be watching the Budget address closely.

The Union Finance Minister, Nirmala Sitharaman, submitted the Finance Bill 2022 in Parliament, which suggested Set off of loss in search cases – Amendment in the provisions of section 79A of the Act.

It is noticed that in some cases, assessees claim set off of losses or unabsorbed depreciation, against undisclosed income corresponding to difference in stock, undervaluation of stock, unaccounted cash payment etc. which is detected during the course of search or survey proceedings. Currently there is no provision in the Act to disallow such set-off and no distinction is made between undisclosed income which was detected owing to search & seizure or survey or requisition proceedings and income assessed in scrutiny assessment in the regular course of assessment though for incomes falling in section 68, section 69, section 69B etc., such restriction is there.

Therefore, it is proposed to insert a new section 79A in the Act to provide that notwithstanding anything contained in the Act, where consequent to a search initiated under section 132 or a requisition made under section 132A or a survey conducted under section 133A, other than under sub-section (2A) of section 133A, the total income of any previous year of an assessee includes any undisclosed income, no set off, against such undisclosed income, of any loss, whether brought forward or otherwise, or unabsorbed depreciation under sub-section (2) of section 32 shall be allowed to the assessee under any provision of this Act in computing his total income for such previous year.

Further, the term “undisclosed income” is proposed to be defined for the above purpose as:

(a) not been recorded on or before the date of search or requisition or survey, in the books of account or other documents maintained in the normal course relating to such previous year; or

(ii) any income of the previous year represented, either wholly or partly, by any entry in respect of an expense recorded in the books of account or other documents maintained in the normal course relating to the previous year which is found to be false and would not have been found to be so, had the search not been initiated or the survey not been conducted or the requisition not been made.

This amendment will take effect from 1st April 2022 and will accordingly apply in relation to the assessment year 2022-23 and subsequent assessment years.