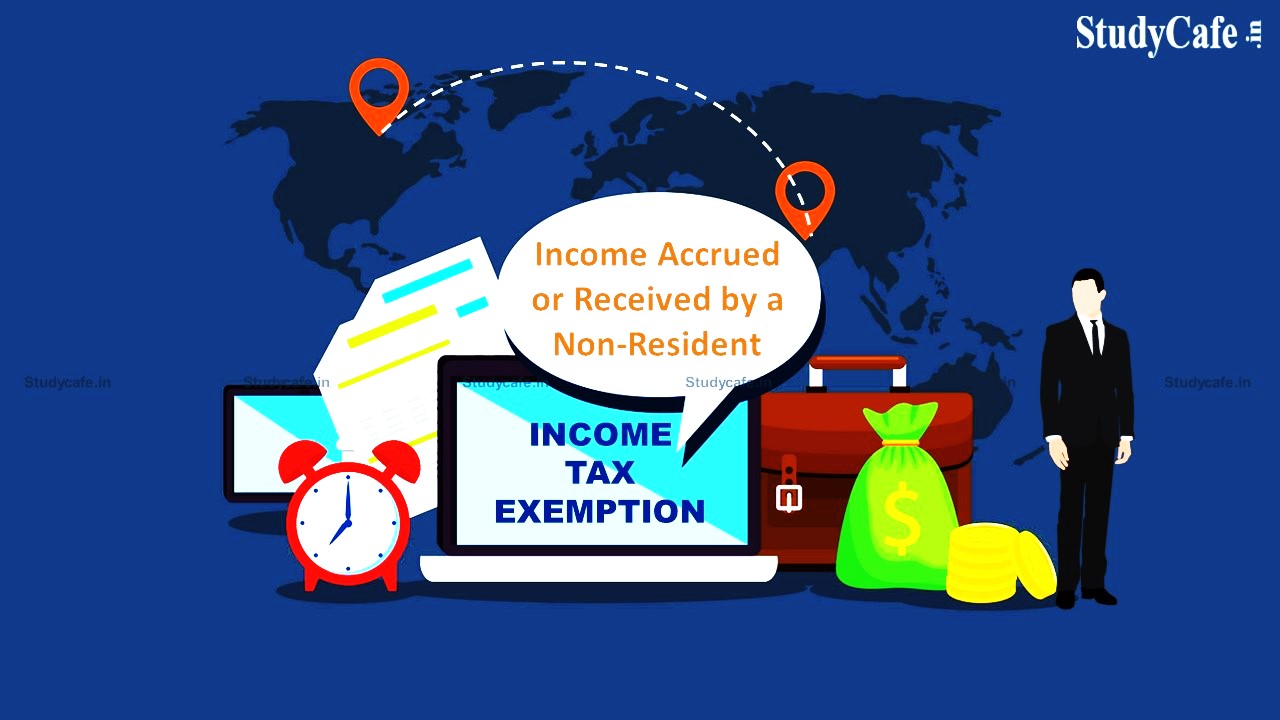 The Central Board of Direct Taxes(CBDT) issued Notification to notify Income Tax (Twenty Third Amendment) Rules 2022 and amends conditions for exemption on income of non-resident on transfer of non-deliverable forward contracts.

The Notification is Stated, “In exercise of the powers conferred by clause (4E) of section 10 read with section 295 of the Income-tax Act, 1961 (43 of 1961), the Central Board of Direct taxes hereby makes the following rules further to amend the Income-tax Rules,1962, namely:─

i) These rules may be called the Income-tax (Twenty Third Amendment) Rules, 2022.

ii) They shall come into force from the date of their publication in the Official Gazette.”

(a) in the opening paragraph, after the words “non-deliverable forward contracts”, the words “or offshore derivative instruments or over-the-counter derivatives,” shall be inserted;

(b) in clause (i), after the words “non-deliverable forward contract”, the words “or offshore derivative instrument or over-the-counter derivative” shall be inserted;

(c) in clause (ii), after the word “contract”, the words “, instrument or derivative” shall be inserted;

(B) for the Explanation, following shall be substituted, namely:-

“Explanation.—For the purpose of this rule, the expression,—

(ii) “a non-deliverable forward contract” shall mean a contract for the difference between an exchange rate agreed before and the actual spot rate at maturity, with the spot rate being taken as the domestic rate or a market determined rate and such contract being settled with a single payment in a foreign currency;

(iii) “offshore banking unit” means a banking branch Unit located in an International Financial Services Centre, as referred to in sub-section (1A) of section 80LA of the Act;

(iv) “offshore derivative instrument” shall have the same meaning as assigned to it in clause (o) of sub-regulation (1) of regulation (2) of the SEBI Foreign Portfolio Investor Regulations, 2019;

(v) “over-the-counter derivatives” shall mean a derivative contract that is not traded on an exchange but instead is privately negotiated between a purchaser and a seller; and

(vi) “permanent establishment” shall have the meaning as assigned to it in clause (iiia) of section 92F of the Act.