Excise and Taxation of Haryana Govt. direct a special drive against 81 risky taxpayers 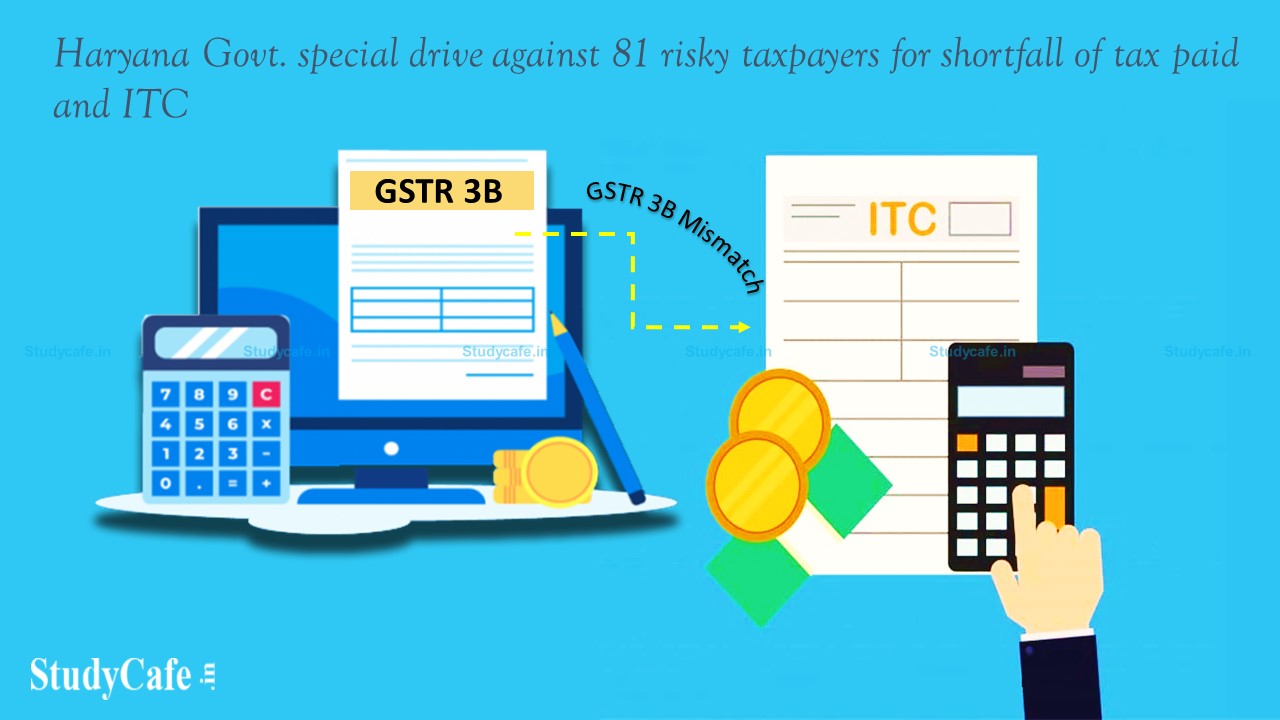 Excise and Taxation of Haryana Govt. direct a special drive against 81 risky taxpayers

The Government of Haryana’s Excise and Taxation Department identified a list of 81 high-risk taxpayers with significant shortfalls in tax paid (25 taxpayers having GSTR 1 – GSTR 3B mismatch worth Rs.17.23 crores) and Input Tax Credit availed (56 taxpayers having GSTR 2A – GSTR 3B mismatch worth Rs.63.64 crores). The list was shared with field formations, and a push was organised to verify and investigate these high-risk taxpayers.

Upon verification, 40 of the 81 taxpayers were discovered to be non-existent or non-functional at their Principal Place of Business.

It should be highlighted that the Haryana government has zero tolerance for false/bogus businesses, and that taxpayers who deal in fake credit would face severe consequences under the Act.