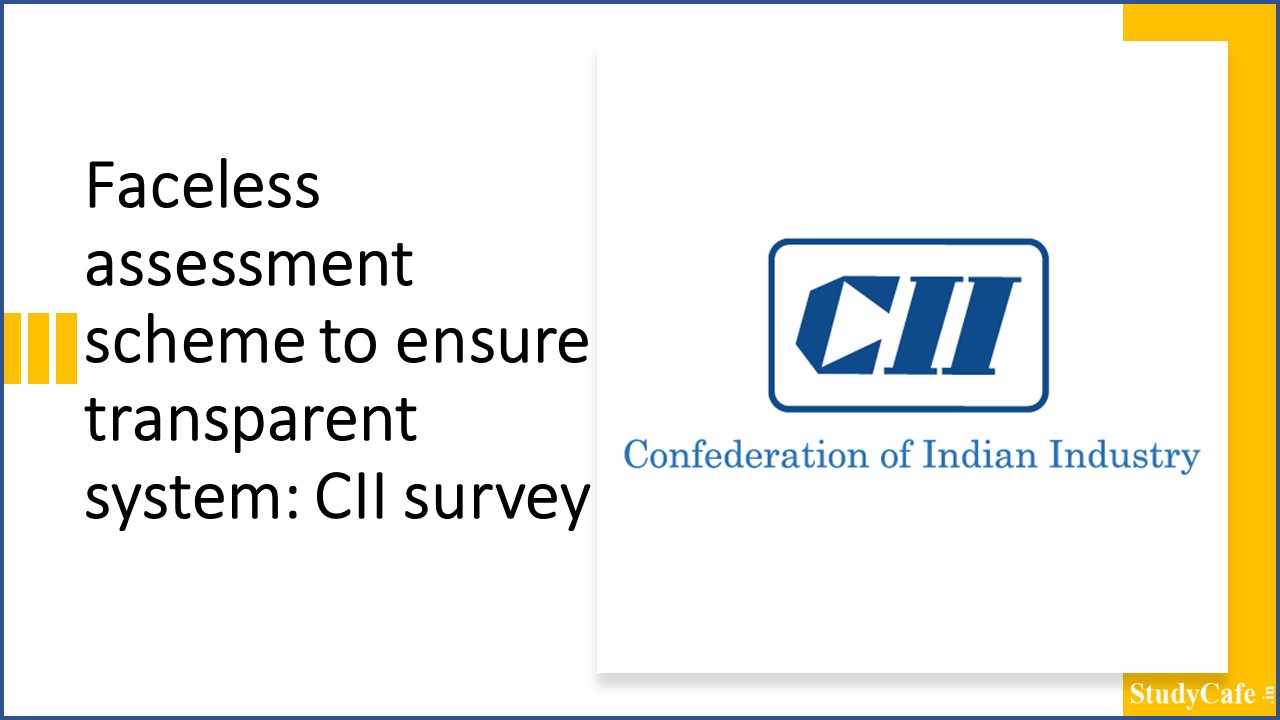 The faceless assessment scheme of the government will improve efficiency and transparency but few issues regarding the system interface and video conferencing facilities need to be resolved soon, according to a CII survey.

Majority of the respondents stated that the scheme will help realise the government’s objective of reducing interface and reducing undesirable practices on the part of tax officials, the survey said.
However, many respondents also felt that there appeared to be a few roving types of queries and going forward, the government may need to consciously avoid phishing and roving queries to build trust with taxpayers.

“Despite the COVID related challenges for both the tax administration and the taxpayers alike, more than 70 per cent respondents had excellent to good experience of faceless assessments. This is reflective of a successful and timely beginning of the scheme,” it said.

The survey also said that over 70 per cent of the respondents felt that the scheme has resulted in saving their time as compared to the earlier physical assessments.

“Particularly in the pandemic times, this facility has been very useful,” it said adding the positive feedback of the respondents reflects the taxpayers’ growing confidence in the new scheme.

Under the faceless assessment system, a taxpayer is not required to visit an I-T department office or meet a department official for income tax-related businesses. The scheme was launched by the Union government in 2019.

“Industry is hopeful that the few issues regarding the system interface, time allowed, and video conferencing facilities would be soon resolved with the help of technology improvements,” it said.