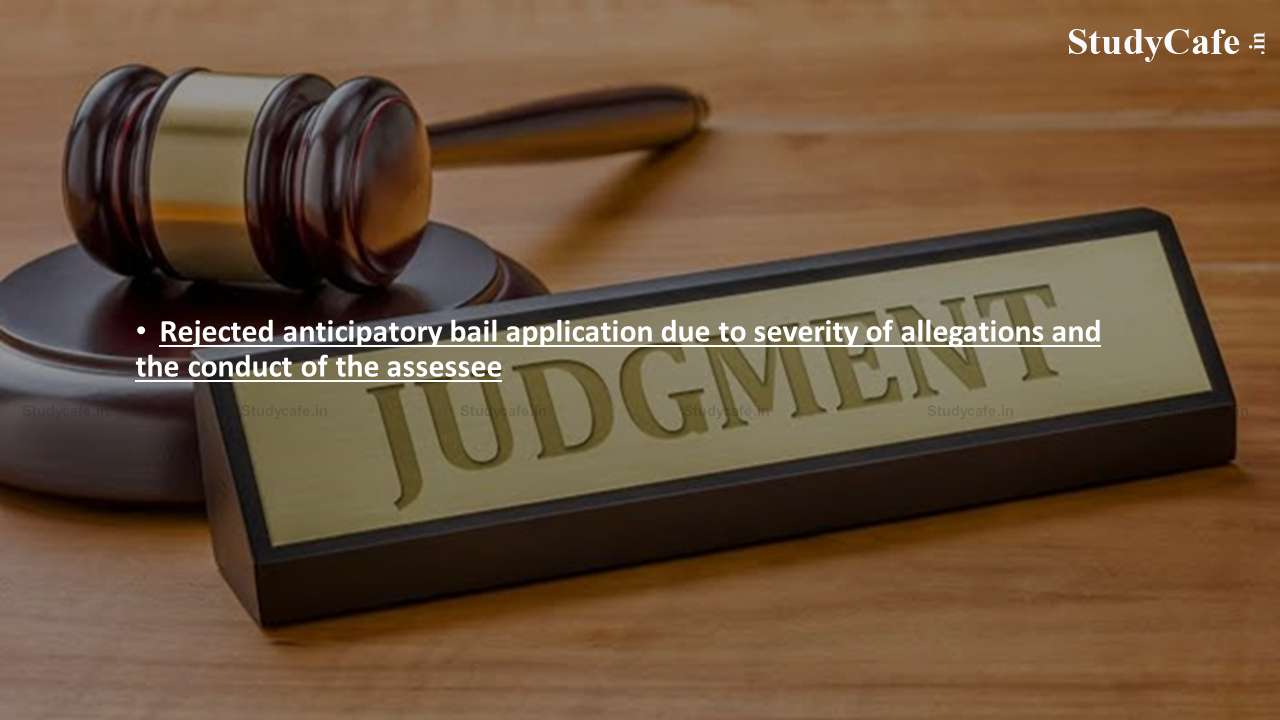 The Department submitted that during the investigation, from the Respondent’s own statements it is revealed that accused company had issued invoices without actual supply of goods or services to pass on fake ITC of GST on bogus invoices to the fictitious, non- existent or non-functional firms/companies without actual movement of goods.

The Hon’ble Patiala House Court noted that the Respondent was in charge of the business affairs of the Company. Further, that the Company has allegedly carried out the business activities with the firms (27 alleged to be fake and fictitious) to the tune of crores of rupees.

Further, noted that as stated by the Respondent, he does not know the owner or the contact person or the contact numbers of the said companies with whom he had transacted or that he is not aware where they are located or that where the goods were supplied. Per-se indicates that the Respondent is trying to evade the purpose of investigation, and is misleading the further investigation of the case by deliberately and intentionally not coming clean on facts of the case.

Furthermore, the entire business appears to have been carried out merely on papers, without their being actual supply of the goods involving sum of Rs. 56 crore approximately. Thus, taking note of the nature of the offence, severity of the allegations an.d the conduct of the Respondent, rejected anticipatory bail.