The government has settled ₹ 21,879 crores to CGST and ₹ 17,230 crores to SGST from IGST as a regular settlement.  Also, the Centre has settled ₹ 28,000 crores as IGST ad-hoc settlement in the ratio of 50:50 between Centre and States/UTs. The total revenue of Centre and the States after regular and ad-hoc settlements in March 2021 is ₹ 58,852 crore for CGST and ₹ 60,559 crores for the SGST. The Centre has also released a compensation of ₹ 30,000 crores during March 2021.

GST revenues crossed above ₹ 1 lakh crore mark at a stretch for the last six months. A steep increasing trend over this period is clear indicators of rapid economic recovery post-pandemic. Closer monitoring against fake-billing, deep data analytics using data from multiple sources including GST, Income-tax, and Customs IT systems, and effective tax administration has also contributed to the steady increase in tax revenue over the last few months.

The chart below shows trends in monthly gross GST revenues during the current year. The table shows the state-wise GST figures collected in each State during March 2021 compared to March 2020. 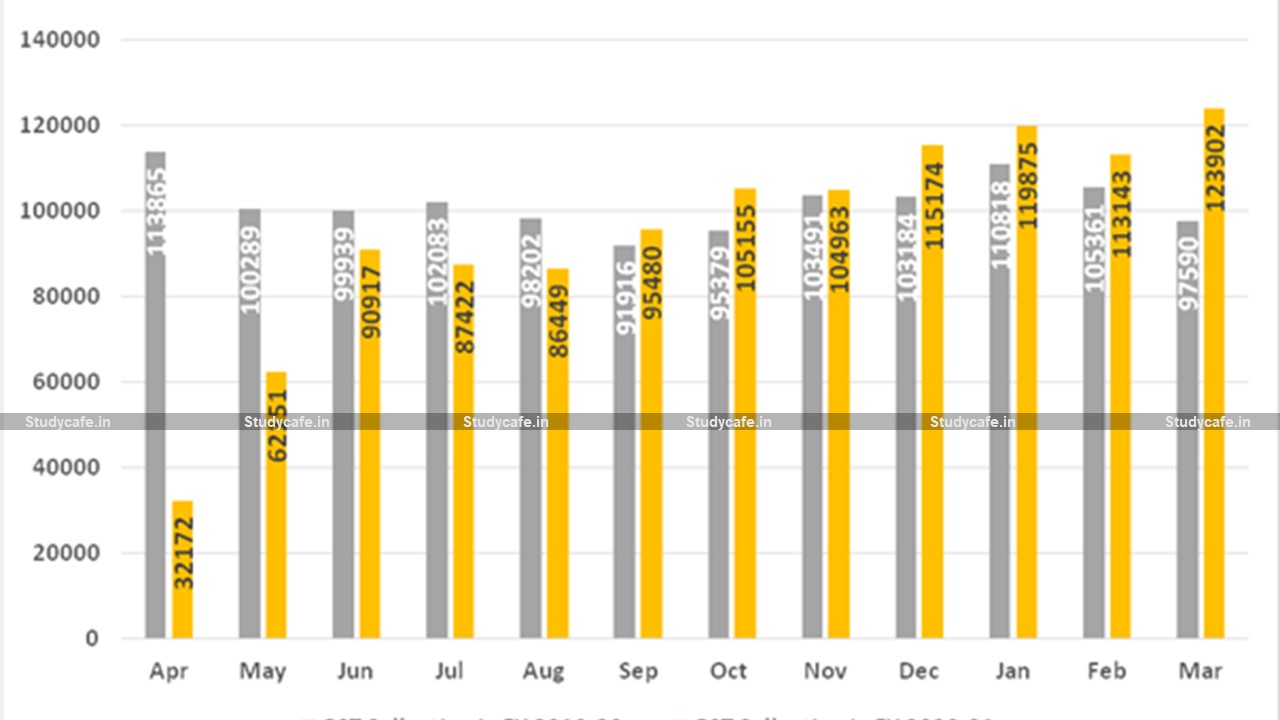 [1] Does not include GST on the import of goods