Tax dues could not be recovered from the company before Section 179 could be invoked: Delhi HC 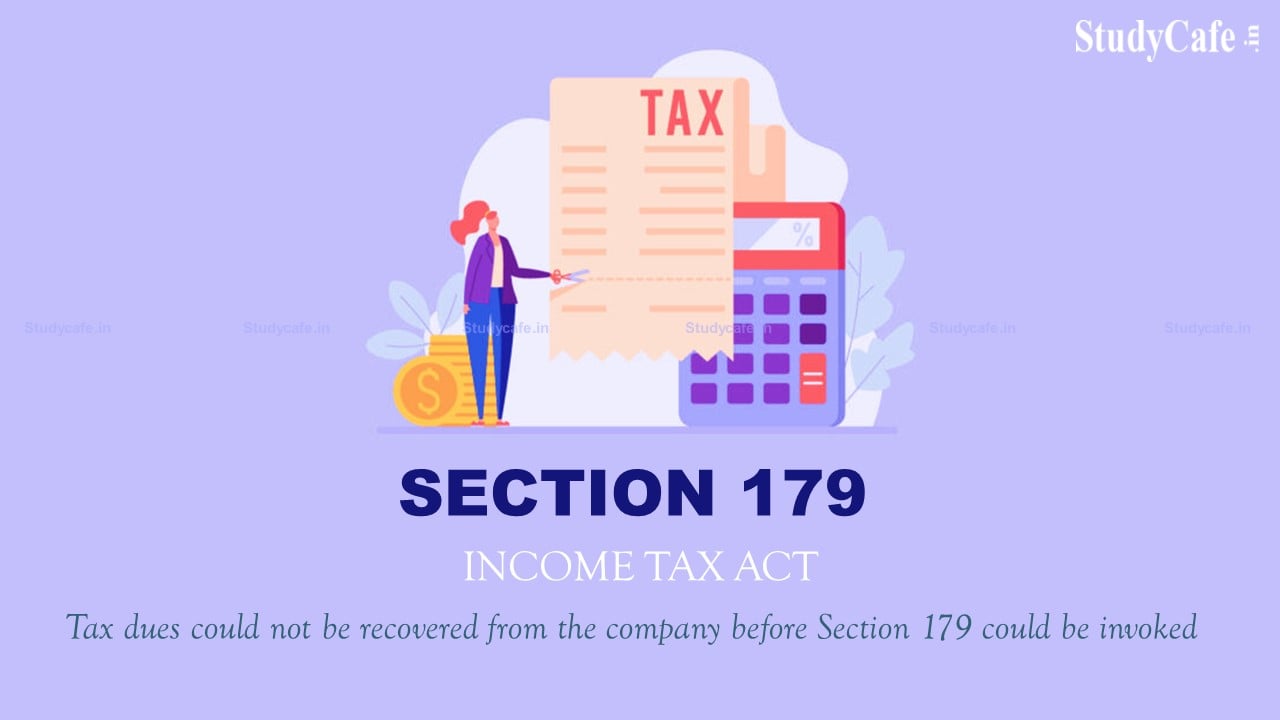 Tax dues could not be recovered from the company before Section 179 could be invoked: Delhi HC

Writ petition has been filed before the Delhi HC challenging the orders dated 01st April, 2021 passed under Section 264 of the Income Tax Act, 1961 [for short ‘the Act’] and 29th January, 2018 under Section 179 of the Act by respondent No.1 and respondent No.2 respectively. Petitioner seeks a direction to restrain the respondents from recovering the outstanding demand of Rs.5,89,68,019/- in the case of Realtech Group from the petitioner, pertaining to the Assessment Years 2006-07 to 2009-10.

Section 179(1) of the Income Tax Act– Liability of directors of private company in liquidation.

Moreover, the director of the private company can avoid his joint and several liability for payment of taxes if he proves that the non-recovery cannot be attributed to his gross neglect, misfeasance or breach of any duty on his part in relation to the affairs of a company.

Delhi HC held that the MOU, Settlement Deed and an Arbitral Award govern rights in personam and cannot bind a statutory authority like the respondent-Revenue. It is a settled law that while rights in personam are arbitrable, rights in rem are unsuited for private arbitration and can only be adjudicated by the Courts or Tribunals. Consequently, this Court is of the opinion that private parties cannot apportion Income Tax liability by private agreement as the petitioner has sought to do in the present case.

Interest under GST can only be levied on the net tax liability and not on the gross tax liability If the accused fails to comply with the terms & conditions of the bail order, his continued detention in custody is valid Tax dues could not be recovered from the company before Section 179 could be invoked: Delhi HC Delhi HC held that there is violation of mandatory procedure stipulated in Section 144B of the Act by National Faceless Assessment Centre Ascertainment u/s 74(5) CGST is of either self-ascertainment or an ascertainment by the proper officer: Madras HC View All Posts