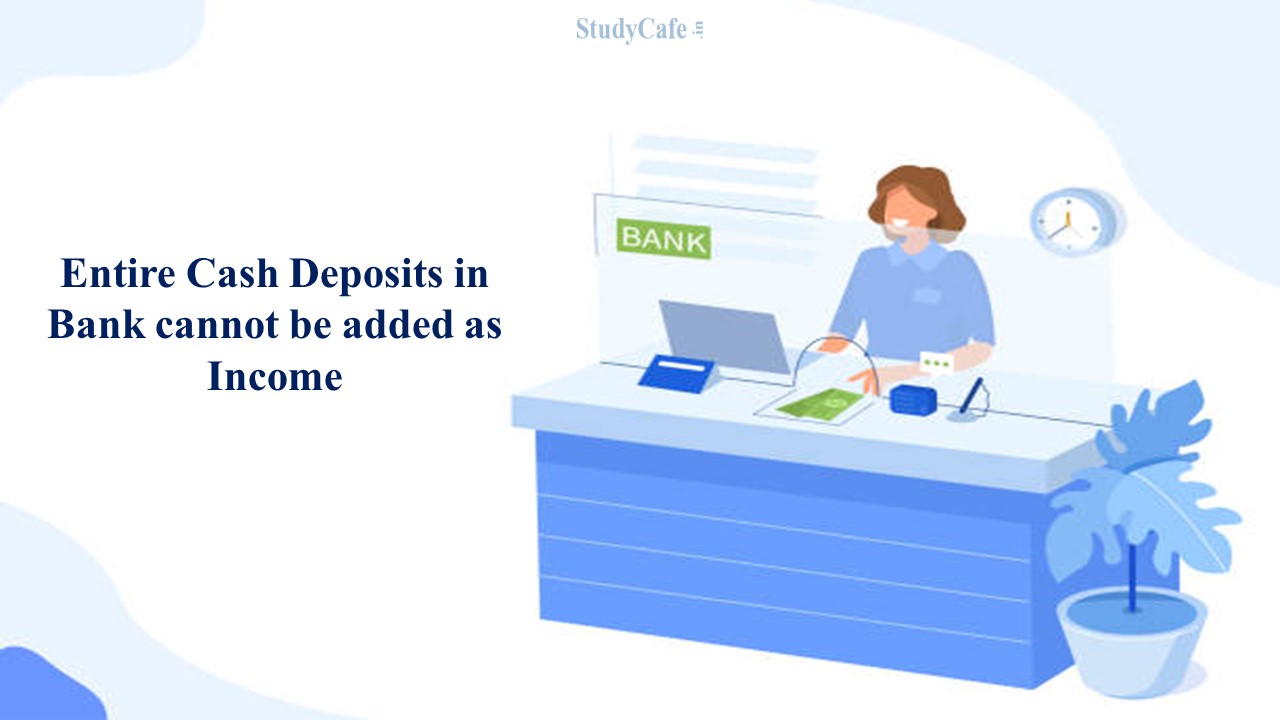 The assessee runs a wholesale textile business named “M/s. Himanshu Fabrics,” and is Karta of a HUF. The assessee submitted a return of income on September 30, 2012, declaring a total income of Rs.9,19,240/- for the fiscal year 2012-13. After the return was processed under section 143(1) of the Income Tax Act of 1961 (“the Act” for short), was subjected to a scrutiny assessment and a notice was issued under section 143(2) on August 8, 2013. The assessee has made cash deposits of Rs.1,09,30,500/- in the saving bank account at Oriental Bank of Commerce (for short “OBC Bank”) on various dates, according to the Annual Information Report available with the Department regarding which he was requested to furnish details of such cash deposits, and explain source thereof with corroborative evidence and copy of bank account.

AO’s Decision:  The AO after considering submissions given by the assessee held that the assessee failed to prove the genuineness of the cash credit. Mere entries of sales and purchases in the books of accounts of the assessee were not enough to justify the cash credits. There must be some supporting documents related to particular transactions and prove and justify the genuineness of the transaction. The AO held that the assessee has not proved the onus cast upon him, so the cash deposits would be treated as cash introduced from undisclosed sources and made an addition of Rs.1,09,30,500/- to the total income of the assessee and demanded tax upon the same.

Appeal Before Id.CIT(A): Aggrieved, the assessee filed appeal before the ld.CIT(A), claiming that the AO has erred in making the addition of the withdrawal amount in the bank account as the income of the assessee. The AO failed to consider that the closing stock offered as additional income by the assessee in the subsequent assessment year, was nothing but the asset acquired out of such unaccounted income, and thus was inclusive of the amount incorporated in the bank account. Thus, the AO erred in not adopting either peak credit method or gross profit method but treated the total deposits in the bank accounts as the income of the assessee. The assessee pleaded before the CIT(A) to cancel the addition made by the AO. ITA No.2686/Ahd/2016 5

Decision: The ld.CIT(A) after considering the submissions of the assessee dismissed the appeal filed by the assessee on following grounds:

Certain deposits were found in the bank account of the assessee for which the appellant has submitted that these deposits are related to unaccounted retail business of the assessee. Other than no explanation and evidences were given by the assessee. The assessee has failed to establish the nexus between the disclosure made during survey operation and unaccounted stock with the cash deposits made in the saving bank account held with the Oriental Bank of Commerce. The contentions of the appellant that the provisions of Section-68 are not applicable to the case of the assessee as the bank account is not part of any book of accounts is not acceptable. The AO is justified in making the addition of Rs.1,09,30,500/- and the same is confirmed. Thus, the grounds of appeal are dismissed.

Appeal before ITA Tribunal: Aggrieved against appellate order, the assessee filed an appeal before the Tribunal raising the following grounds of appeal:

Decision By the Tribunal:

Thus, the appeal filed by the assessee was allowed to the extent indicated above.

Linking PAN & Aadhaar: From 1.04.2023 the unlinked PAN to become inoperative No disallowance of interest u/s 36(1)(vii) when Interest-free advances had been made out of interest-free funds: ITAT Can Non-issuance of show cause notice become solitary ground for grant of bail; Read Order of Punjab HC Mere reflecting cash withdrawal from bank is not sufficient evidence to conclude source of Unexplained cash: ITAT Input Tax credit not allowed on GST paid on manpower service utilized for running canteen facility: AAR View All Posts