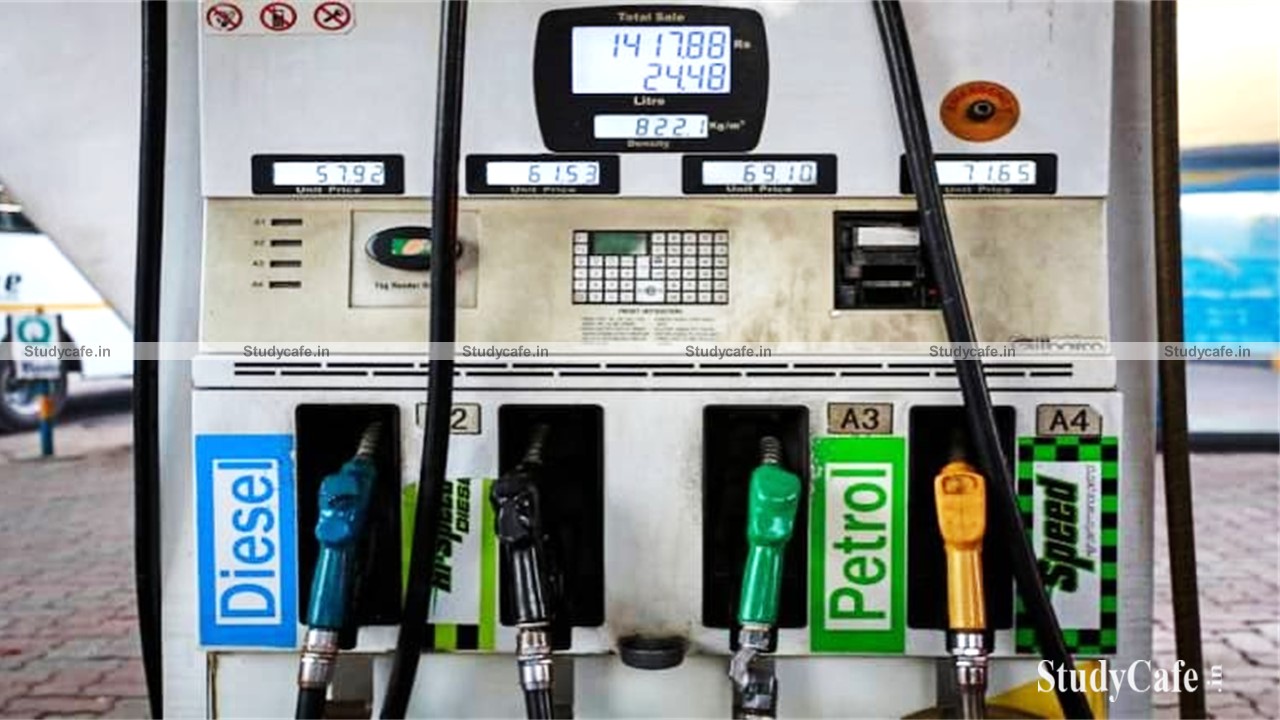 The GST Council which comprises central and state finance ministers in its meeting scheduled in Lucknow on 17th Sep 2021, may consider a proposal to bring petrol and diesel under the GST regime.

For the first time since the one tax for all India incepted, the GST Council likely to consider taxing petrol, diesel and other petroleum products under the single tax regime i.e GST.

Fuels are subjected to central excise, cess and state VAT.

This occurs at a time when fuel prices are at an all-time high, putting consumers at a disadvantage. There has been a push to include fuels within the GST framework, which is projected to lower prices dramatically.

GST is seen as a potential solution to the country’s near-record high petrol and diesel prices, as it would eliminate the tax-on-tax cycle.

On July 1, 2017, a national GST replaced central taxes like excise duty and state levies like VAT, although five petroleum products – gasoline, diesel, ATF, natural gas, and crude oil – were left out of its scope until states achieved revenue neutrality (when GST revenue matches the revenue generated in pre-GST era).

Currently, the five fuels are subject to federal excise, cess, and state V.A.T., which generates significant revenue for the federal government and the states.

Several states have also opposed including fuels in the GST because it is a consumption-based tax, and bringing petro products into the system would mean that states where these products are sold would receive the revenue, rather than the states that currently benefit the most because they are the production centre.

Despite the uproar, states have been adamantly opposed to the idea, fearful of significant income losses. That is why a proposal to include fuels under the GST regime was never considered by the GST Council.

The council did not take up a proposal for discussion suo motu this time. Instead, it was forced to do so when the Kerala High Court, in response to a writ petition, ordered the GST Council to make a judgement on whether or not to include gasoline and diesel in the scope of the goods and services tax (GST).

Sources stated that, in light of the court’s request, the proposal to include gasoline and diesel in the GST would be presented to the Council for consideration.

However, the idea may not be supported by states across party lines at the Friday conference. Even the federal government may be hesitant to support the concept because it would necessitate significant concessions from the federal and state governments on the revenues generated by taxing these products.

Also, According to sources familiar with the situation, the Council, which consists of national and state finance ministers, is likely to recommend extending the time for tariff relief on COVID-19 basics during its meeting on Friday in Lucknow.