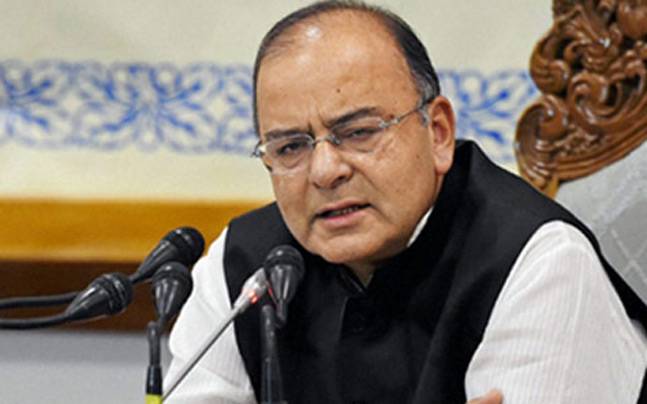 GST Live Update: GST Rate for Services
The Goods and Services Tax Council broadly agreed on 4 tax brackets for services (5%, 12%, 18% and 28%), though they are yet to decide on a tax bracket for gold.
Finance minister Arun Jaitley, at a presser in Srinagar, listed out the details, which were:

– All Services have been fitted into four different rates, which are 5%, 12%, the standard 18% and the luxury rate of 28%
– AC train travel to get cheaper under GST
– In a potential good news for the cinemagoers, the GST will subsume present entertainment tax and service tax to replace it with a single 28% tax. The concurrent abolition of the entertainment tax, which is as high as up to 45% or even 100% across various states, will effectively make cinema tickets cheaper.
– 18% tax slab for telecom, financial services
– E-commerce players like Flipkart & snapdeal to deduct 1% tax collected at source while making payments to suppliers
– Electrically operated vehicles, including two and three wheeled electric motor vehicles GST Rate 12%
– Self-loading or self unloading trailers for agricultural purposes , GST rate 12%
– Cars for physically handicapped persons, Refrigerated motor vehicles GST rate 18%
– Travelling on metro, local train, religious travel, Haj yatra will all be exempt from GST
– 5% GST to be levied on cab aggregators like Ola and Uber
– Economy class air travel to attract 5% GST; business class 12%
– GST rate: Most services to be taxed at 18%, says FM
– Sugar, tea, coffee (barring instant coffee), edible oil, mithai, pizza bread, sevaiya, condensed milk and frozen vegetables will attract a 5 per cent levy.
– Hair oil, soaps and toothpaste will be charged with a GST of 18 per cent.
– Ayurvedic and homoeopathy medicines, agarbatti, umbrella, electric vehicles and mobile phone manufacturing will be taxed at 12 percent.
– For mobile phones, GST will be 12%. Earlier, it was 17% to 27% for mobile phones imported and sold in India. For phones that are manufactured and sold within India, the duty earlier varied from 7.5% to 17%.
– Automobiles will attract 28% GST, with luxury vehicles facing an additional cess of 15%. Similarly, small petrol cars will face 1% cess, while diesel-powered small cars will attract 3% cess. Motorcycles with engine of more than 350 cc will attract 3 per cent cess.
– Filter and non-filter cigarettes not exceeding 65 mm will attract cess of 5 per cent plus Rs 1,591 per 1000 sticks. Non-filter cigarettes exceeding 65 mm but not exceeding 70 mm will attract cess of 5 per cent plus Rs 2,876, that for filter cigarettes the levy is 5 per cent plus Rs 2,126 per thousand sticks. For cigars, a hefty levy of 21 per cent or Rs 4,170 per 1000 sticks, whichever is higher, would be levied. The cesses will be over and above the peak GST rate of 28 per cent.
– On paan masala, the cess will be 60 per cent, while in tobacco the levy will vary from 71-204 per cent. Scented zarda and filter khaini will attract 160 per cent cess. For pan masala gutkha it would be 204 per cent. The cess would be levied over and above the peak GST rate of 28 per cent.
-Education, healthcare to be exempted;.
– No tax on foodgrains, milk, curd, meat, fish, chicken, eggs, fresh fruit and vegetables, honey, jaggery, prasadam, kumkum, bindi, pappad, contraceptives, flour, besan, bread, salt, stamps, judicial papers, printed books, newspapers, bangles and handloom.
The council has deferred the decision on the tax rates for gold, and also on bidis and cigarettes, to its next meeting, which is scheduled for June 3.