Officers from the South Zone, Enforcement Wing of the Karnataka Commercial Taxes Department searched a GST Tax Auditor’s office and home in Bengaluru and Davanagere, busting a fake input tax scheme he was running. The auditor used to take money from GST registered taxpayers under the guise of tax, but instead of paying it, he credited the falsely claimed Input Tax Credit (ITC) to the taxpayers’ tax liability without their knowledge. As a result, he was causing the government to lose money. When department officers were investigating taxpayers with excessive ITC claims, the auditor’s methods were discovered.

The auditor’s fraudulent acts were discovered thanks to field intelligence and data from the department’s system. It was discovered that the auditor defrauded 12 other taxpayers in the same manner, resulting in an excess ITC claim of Rs. 10 crores. Until now, department officers have been able to recover Rs. 5.31 crore from the concerned corporate companies. Further investigations are being conducted in accordance with the KGST/CGST Act and Rules.

As a result, a number of the dissatisfied taxpayers have filed multiple FLRs against the auditor in Bengaluru Police Stations, prompting the police to arrest the auditor and take him into custody.

To protect themselves from such incidents, taxpayers are recommended to use caution and diligence while paying liabilities through third parties and to efficiently use the services of the GST help desk at Local GST Offices. 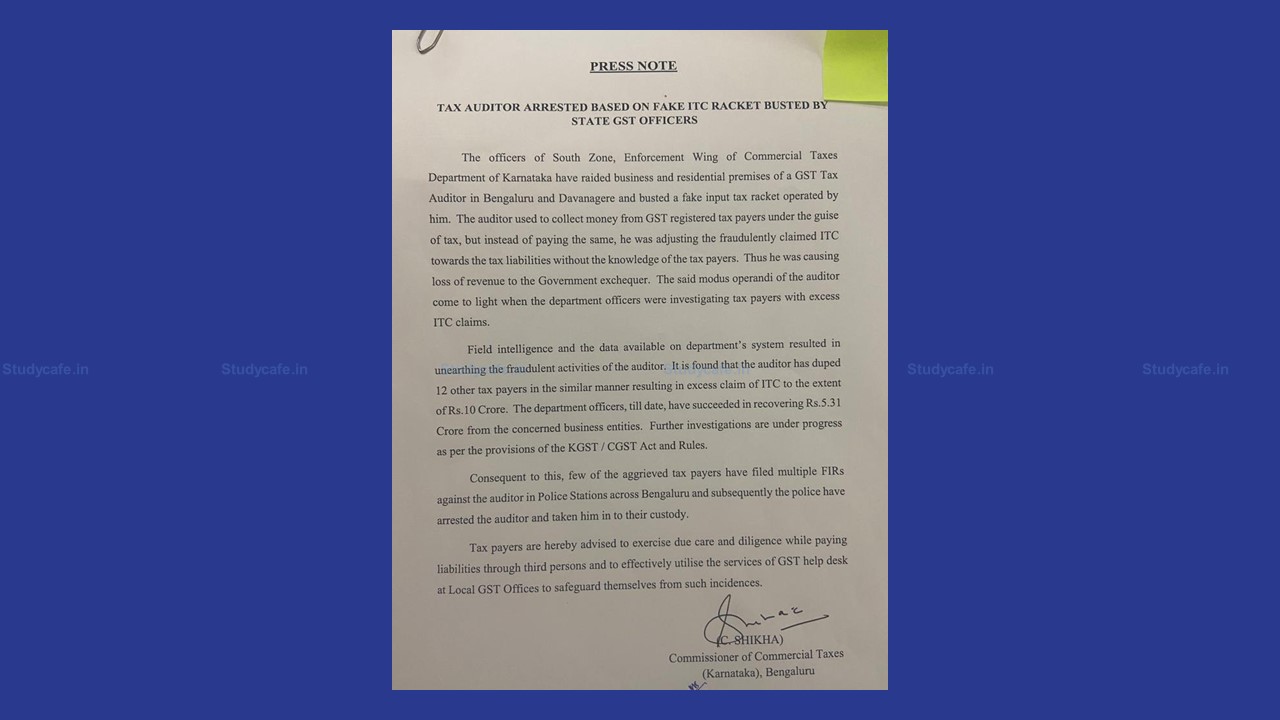