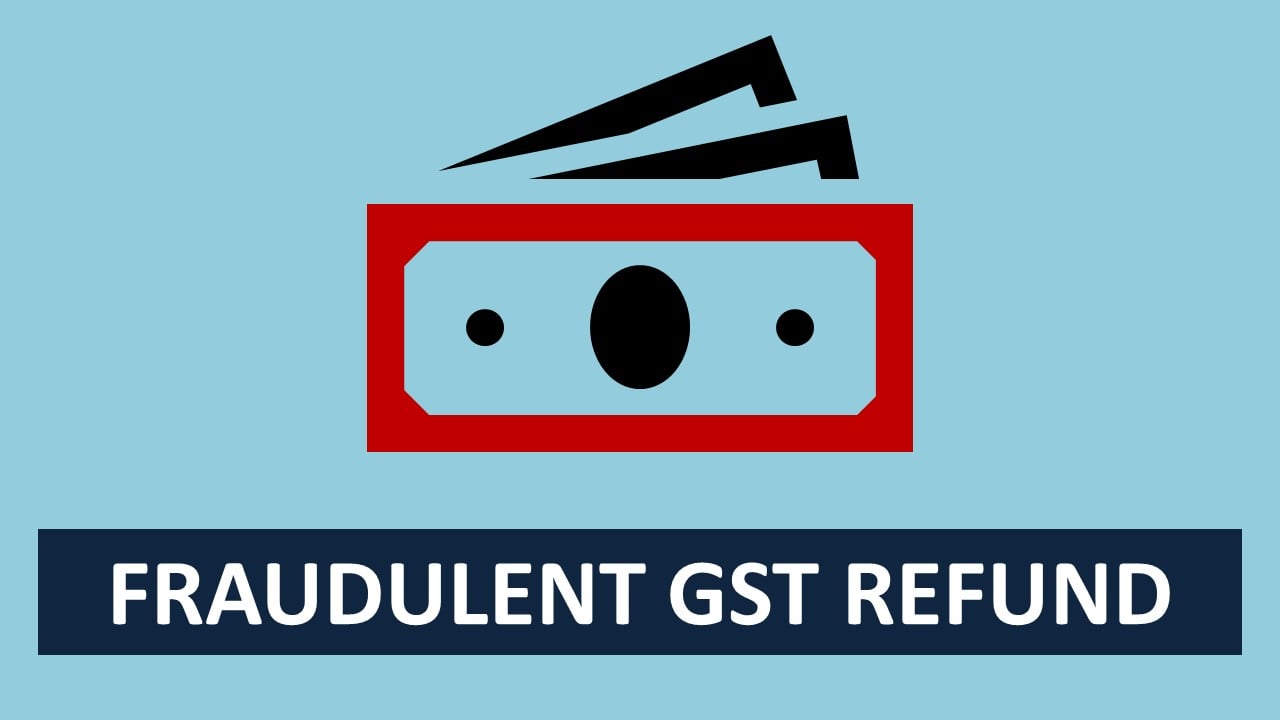 Brief facts of the case of the prosecution are that on inputs/intelligence developed by the officers of Anti Evasion, CGST, which revealed that some non-existent, bogus and non-operation firms namely M/s Brista Fashion and M/s Alexa Impecs Solutions were accumulating very high amount of fraudulent ITC on the basis of goods less and bogus purchase invoices from nonexistent and fraudulent firms and further showing sale invoices at lower tax rate and claiming inverted tax refund by filing and uploading fake documents including CA certificates. It was found that the same modus operandi was used by cartel of economic offenders in filing bogus applications for refund consisting of various fake/bogus firms. During the course of investigation two Charted Accounts namely Sunil Mahlawat and the Gaurav Dhir were found to be misusing their UDIN credentials and issuing false/forged CA certificate for the aforementioned firms to enable them to subsequently claim and avail bogus refunds. Accordingly, they were arrested. During the course of further investigation, two more persons namely Lalit Dogra and Sanjeev Sharma were also found to be involved in the present crime along with the abovementioned Charted Accountants in fraudulently availing inadmissible Input Tax Credit through the abovementioned fake/bogus firms and accordingly they were also arrested.

7. I have heard the learned counsel for the parties and have gone through the case file very carefully.

8. In brief, the allegations against the applicant-accused Gaurav Dhir pertains to being instrumental in filing of refund claims on behalf of the Firms, which were later on found to be fake and non-existing and for the said purpose he also issued CA certificate by forging signatures of co- accused Sunil Mehlawat and uploaded the same for the purpose of facilitating the said refund. The allegations qua the applicant-accused Sunil pertains to giving his UDIN and password to the co-accused Gaurav Dhir and also sharing his OTP with him for the said purpose.

10. The question that if there was any legal requirement to file said certificate or not, has become irrelevant especially when the forged document has been presented before the concerned authorities for the purpose of facilitation of refund. The entire argument that there was no legal requirement for the applicant-accused Gaurav Dhir to file such certificate as CA falls to the ground when the said certificate has been forged by the accused and used for the purpose of refund. It is not the matter of mere initiation of refund under the CGST Act only, rather now it appears to have become an offence punishable under Sections 420/467/468/471 of IPC wherein the maximum punishment prescribed is imprisonment for life. Surprisingly, the respondent has not added any of the aforesaid offfences against the accused persons for the reasons best known to the Investigating Officer but this court cannot overlook the fact that prima facie these offences have also been committed by the accused by forging the said certificate. As per the respondent, in the many other cases also such forged certificates have been used by the applicant-accused Gaurav Dhir. Meaning thereby, these acts were being committed by applicant-accused Gaurav Dhir in a routine fashion and applicant-accused Sunil was in hand in glove with co-accused Gaurav Dhir in doing so. Whether applicant-accused Sunil received any monetary consideration for usage of his UDIN, password and OTP on the refund portal or not is another aspect but the fact remains that he made mockery of the entire rules and procedure set up by the concerned authorities for the particular purpose and his acts went beyond the realms of professional misconduct. Again, it is very surprising that nothing has come on record from the side of the respondent that they have also reported the matter to the ICAI regarding the said grave professional misconduct of the applicants- accused Gaurav Dhir and Sunil. These are not offences committed by an illiterate or semi-literate or an unemployed youth. These offences are committed by the professionals, who are well qualified and very well employed. They very much knew consequences of their acts. The repercussions are grave leading to commiting criminal offences.

11. Learned counsel for the applicants-accused compared the profession of CA with the lawyers and doctors. Mere this analogy reflects how grave the offences committed by these two accused are. Can a lawyer give his professional license or his bar license number to be used by another person, who though has passed professional LLB course but has not obtained license from the concerned Bar Council, to appear in any court by impersonating him. If such lawyer does so, then he is doing so at his own peril and any document/affidavit so submitted by the latter using license number and name of the former with his explicit consent and understanding, will create grave consequences for both the persons. Here these professionals i.e. the accused persons had crossed the boundary of the professional ethics and stepped to commit criminal offences, making mockery of the entire system and set up of the government for facilitation of refund amount. It is not a case of solitary or occasional use of UDIN and in fact, it appears to be a routine practice followed by the applicant- accused Gaurav Dhir in mutual understanding with the co-accused Sunil. Such acts cannot be taken in a light manner. Very conveniently, both the applicants-accused have shrugged their shoulders by arguing that the alleged issuance of certificate and signing thereof is a matter between both the applicants-accused. If that is the case, there is no need for institutes offering courses either to CA or lawyer and a single person in the entire country or State is enough to lease his license in such a manner and what is the purpose for the concerned agencies to make rules when the professionals behave in such a manner taking the rules so framed for a toss.

12. So far as offences punishable under Section 132 of CGST Act, 2017 is concerned, as already discussed above, apart from these offences, the offence punishable under Sections 420/467/468/471, IPC are also prima facie made out against the applicants-accused Gaurav Dhir and Sunil. The authorities relied upon by learned counsel for the applicants-accused are not applicable to the facts of the present case especially when the applicants-accused have been involved in forging certificate and submitting the same to the concerned authorities for the purpose of taking refund claim and thus, creating a picture in the mind of the concerned agencies that the professional CA i.e. the person who has issued the certificate had gone through the entire record and had verified the same. The accused have also issued similar certificates in the other cases as well which is clearly reflected in the reply of the respondent. The investigation is not yet complete and the challan is yet to be filed in the present case. Bail to the accused at this stage may hamper the investigation of the case. Hence, the prosecution has reasonable apprehension that the applicants- accused may distort or destroy the evidence, if released on bail.

13. Even the Hon’ble Supreme Court of India in case cited as Nimmagadda Prasad Versus Central Bureau of Investigation, AIR 2013 SC 2821, has observed that :

“Economic offences constitute a class apart and need to be visited with different approach in the matter of bail. The economic offences having deep rooted conspiracies and involving huge loss of public funds need to be viewed seriously and considered as grave offences affecting the economic of the country as a whole and thereby posing serious threat to the financial health of the country.”

Therefore, considering the gravity and the nature of the allegations levelled against the applicant-accused and the fact that the investigation of the case is at nascent stage and further considering the fact that now a days economic offences are rampant and should be dealt with the firmness, this court does not deem it proper to grant the concession of bail to both the applicants-accused at this stage.

14. Consequently, keeping in view the gravity and seriousness of the offences, both the present bail applications filed on behalf of the applicants-accused are hereby dismissed. It is clarified that none of the observations made herein above shall be construed to be a reflection on the merits of the case. The same are solely confined for the purpose of decision of the present applications. Both the files be consigned to the record room after due compliance.