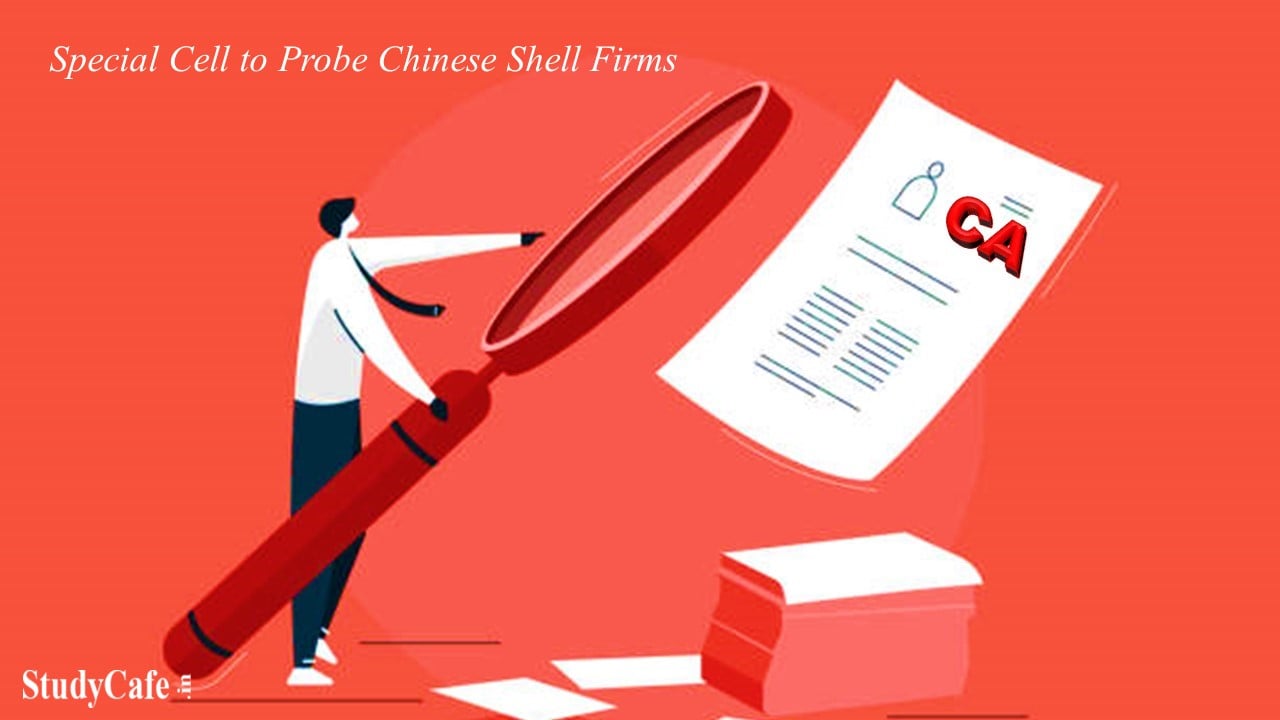 The Institute of Chartered Accountants of India(ICAI) which regulates the Indian chartered accountants, has formed a special cell to deal with a probe into Chinese Shell Companies.

Institute has received references from the Ministry of Corporate Affairs on the role of some professionals including CAs in facilitating the floating of shell companies by Chinese nationals.

President of the Institute of Chartered Accountants of India (ICAI), Debashis Mitra, stated that a special cell has been established under the Disciplinary Committee to investigate the nature of offences committed by chartered accountants associated with Chinese companies. He predicted that the cases would likely be resolved quickly by the end of the year.

He added, “We have created a list of businesses where CAs were involved and have sent notices to every one of them.”

In describing the procedure, he stated that the accused CA receives notification first. When the individual responds, the Director of Discipline committee must decide whether or not the person is guilty on the basis of the response.

The President also disclosed to the public that 400 examples of misconduct by Chinese corporations occurred this year. A majority of those accused – 50% are CAs.

Regarding the alleged misbehaviour of CAs, he commented that some Chinese businesses had registered the address of a specific location on paper even if their office did not actually exist there. Some shell businesses were also created by using the CAs’ addresses as the corporate address.

There are a substantial number of these incidents. I’m unsure of the precise number. However, it’s expected that these cases will be resolved in 3–4 months. The majority of the businesses involved in such situations are unlisted businesses, he noted.

When asked what punishment CAs who are found guilty could face, Mitra responded that they could be fired from their position for the rest of their lives.

He added that the ICAI is working to teach the CAs about the ethics of the field. He declared, “We have a zero tolerance policy for professional misconduct.”

Various estimates suggests that nearly 200 CAs are currently being probed by the institute and, depending on the prima facie report received, these cases will be sent to its disciplinary committee for further action.