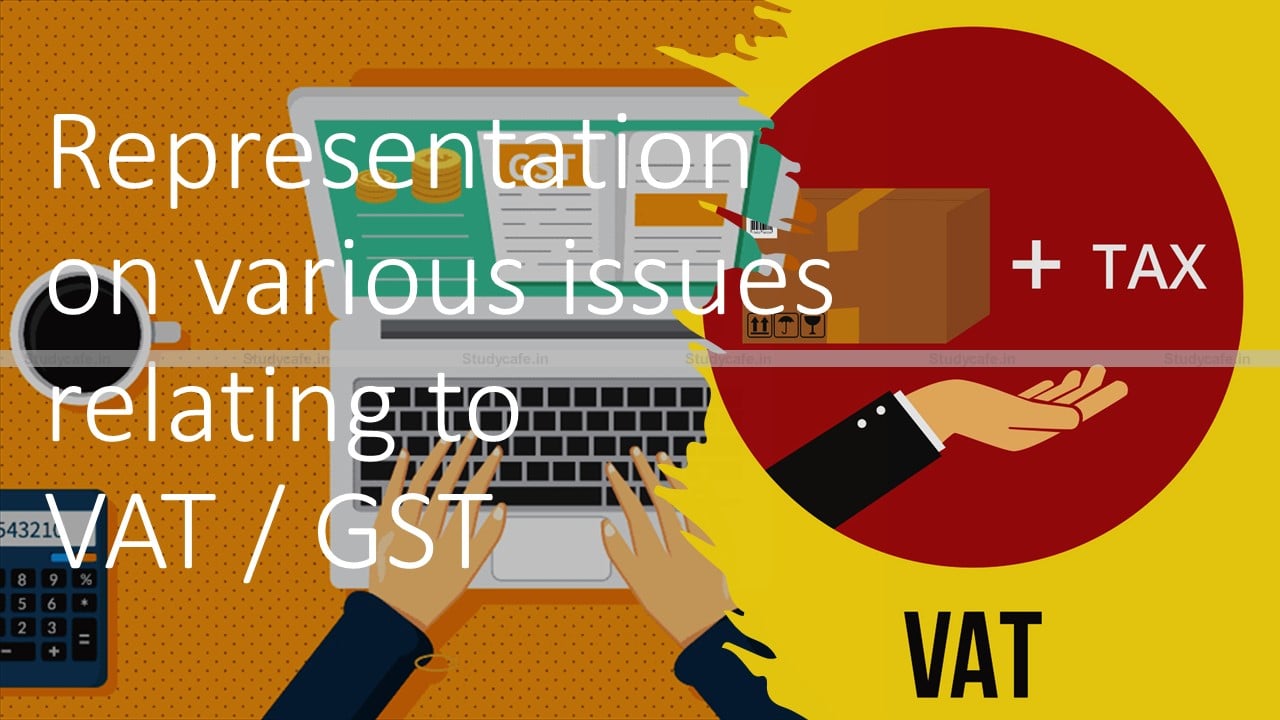 This is with reference to various issues discussed with your goodself in the meeting of Newly elected Office Bearers and Executive Committee Members of Sales Tax Bar Association (Regd.) in your Chamber on Monday, 8th Feb., 2021:

In continuation, we respectfully reiterate following issues for your immediate consideration:

1. Fixation of exclusive working hours by OHAs for hearing of the objection petitions in morning sessions only:

(iii) THAT in view of the above, we humbly request you to direct the I Objection Hearing Authorities to fix hearings of the objection petitions in the morning hours. Earlier, it used to be from 11 O’clock to 1.30 p.m. At the same time, units (no. of disposals) should be fixed for disposal of objections petitions. Earlier it was mandatory to dispose off minimum fixed No. of petitibns in a month. This will result in disposal of the objection petitions which are pending since 2007-2008. Needless to say that disposal of objections is also in the interest of Department as the Department gets due tax imposed if the objection is rejected.

(iv) In addition, time limit (say maximum 15 days) be fixed to pass orders in the matters heard and kept for orders. In case an OHA is transferred in between, he should be directed to pass orders’ in already heard matters. There are many instances in which OHAs has heard the matters 2 months earlier but have not passed orders for the reasons best known to them.

At present only two SOHAs are working for disposal of objections relating to statutory forms under the Central Sales Tax Act. In view of large number of such objections pending for disposal and now more objections likely to come very soon due to many orders being passed by many officers of Department for F.Y. 2016-17, the Two SOHAs will not suffice.

We accordingly humbly request for immediate appointment of at least six more officers (SOHA) so that objections can be cleared. We are submitting it on the basis of our experience in earlier years.

3. Functioning of Authority for Advance Ruling under GST:

Since Nov., 2020, AAR is not functioning and orders for many cases which have been heard and kept for orders are also pending. We were informed that Central Authority has already been appointed and new Authority will start functioning in 7 – 8 days. We hope you will look into ,it at your personal level and have the Authority start working.

Under Section 74B, there is a provision for Review of orders passed by Ld. AA within 30 days of the order and for rectification within 4 years from the date of order whenever mistake is apparent on record. However, whenever our members approach the Ld. Officers of the Department for rectification, they refuse to accept the application saying that 30 days times is over and now you should file objection before SOHA / OHA ignoring the legal position.

We request you to please inform them the legal positions to accept the rectification as per law and dispose the same within fixed time so to avoid harassment of members / dealers.

(i) THAT under the provisions of Delhi Value Added Tax Act and Central Sales Tax Act, the dealer is allowed to revise his prescribed returns withi next financial year. That means the returns for the financial year 2018-19 could have been revised by 31.03.2020.

(ii) THAT with the onslaught of pandemic COVID-19 on 22.03.2020, lockdown was announced and everything became standstill. The returns which are required to be revised by 31.03.2020 could not be revised by the dealers.

(iii) THAT after the un-lockdown, it was found that the software in the portal accepting revised returns has been closed.

(iv) THAT we have been representing since then that the portal should be opened and the dealers should be allowed to revise their returns for the financial year 2018-19. Somehow, the portal has not been opened till date. The representations were made to your predecessors and a copy of the same is annexed for your ready perusal. It is self explanatory.

(i) THAT Central assessments for the assessment year 2016-17 are being finalized through computer software keeping in view time barring mandate.

(ii) THAT the central assessments are finalized on the basis of Central Form 9 filed in support of concessional rate of tax declared inter-State sales. The dealers are required to furnish Form ‘C’ in support of such claims and there are other Forms also being ‘H, I’ etc. which are required to be filed for claiming exemptions etc. THAT the portal stopped accepting Form 9 for quite some time. On representation of the Bar, the portal was opened and the dealers were allowed to file Form 9. In some cases, part of the statutory Forms were filed before the Form 9 was blocked and in other cases, Forms were filed after the re-opening of the portal allowing dealers to file Form 9.

(iv) THAT it has been noticed that the portal allows concession / exemption on the Forms filed before the closure of the portal. All Forms filed after re­opening of the portal are not considered while finalising the assessment. This is resulting in unwarranted anxiety and tension to the dealers / professionals at large.

You are requested to direct the concerned authorities to look into this glitch and have it removed so that on the one hand, undue tension is not caused to the dealers and on the other hand, Department is also saved fro undue litigation.

7. Disposal of review application / requests for sou-moto review filed b dealers for the year 2015-16

(ii) THAT these assessments were finalised even in cases where FORM 9 under the Central Tax Act stood filed. We take this opportunity to place on record that Central Sales Tax (Delhi) Rules were amended to provide that the assessments would’ be finalized on the basis of FORM-9. It was a conscious decision at that time that for finalisation of Central assessments, dealers would not be called and the details of statutory forms available with them would be uploaded by them in FORM 9 on the VAT portal and the assessing authorities would finalize assessments on that basis.

(iv) THAT it was then decided by the Department that wherever two assessments have been framed or the assessment has been framed ignoring FORM 9, all those matters would be reviewed. The dealers in some cases filed applications for review and in other cases requested the assessing authorities to suo-motu review the orders.

(v) THAT it is a matter of record that the limitation for filing the review applications as well as request for suo motu review is still continuing in view of the orders passed by the Hon’ble Supreme Court in Court on its own Motion Writ Petition (C) No. 3/2020.

(vi) THAT probably because of non-conversant with the orders of Hon’ble Supreme Court, the Assessing Authorities have not taken up the review/suo motu review petitions thinking that these are time barred. A circular was also issued by the Department to say that limitations would be governed keeping in view the Supreme Court orders. This Circular, it appears has not reached assessing authorities (Circular No.3 of 2020-21).

(vii) THAT a representation was made to the then Commissioner but the necessary directions have not been passed on to the Assessing Authorities.

It is informed that in almost all Wards unauthorised data operators are being used by Officers of the Wards. Theses operators many times misbehave with members of the Bar and the dealer as well. The presence of such data operators is highly objectionable and secrecy of the data is made available to outsiders.

9. Data not available in system of Department for framing re-assessment in remand matters for F.Y. 2008-09 and earlier period:

It is informed that data for the year 2008-09 and earlier is not available in computer system of the Department to frame remanded assessment in the cases remand by OHA. In absence of same, AA cannot pass the remand orders and due refund cannot be issued to the dealer. This being a system glitch, necessary instructions be issued to system branch to do the needful at the earliest possible.

10. Generation of refunds where bank particulars have changed:

It is informed that in many cases bank particulars of dealers have changed with the passage of time. Refund orders due in such cases cannot be generated as particulars cannot be changed in DP-1. The same has been closed and now amendment is not possible otherwise.

We, therefore, request that necessary instructions be issued to open DP-1 or any alternative arrangement be made to accept change in bank particulars for issue of old refunds.

(i) It has been seen that Ward Officers are issuing notices u/s 59(2) for Central Assessment for 2016-17 even if all “C” Forms have been uploaded in Form -9. We therefore, request you to please direct the officers not to issue notices in such cases as it increases their work as well as work of the dealer and the Counsel which is a wastage of time and energy.

(ii) Ward Officer should also be directed to issue notices u/s 59(2) in those cases where full statutory forms are not submitted in Form-9 by the dealer before completing the assessment based on Form-9.

12. Notices for intimating discrepancies in returns after scrutiny (GST)

It is informed that State GST Authorities are issuing GST ASMT-10 intimating discrepancies in the returns based on difference between GSTR-1 and GSTR-3B for 2018-19 even if differences of tax is of few paise.

This type of notices unnecessarily increases work of department, and of th dealer and the consultant without any revenue earning to the Govt. (copy of one such notice enclosed).

It is, therefore, requested to direct the officers to be careful while issuing such notices as it gives bad name to the department and the officer concerned.

It is reiterated that inspite of previous instructions name plates have not been fixed at the office prernises of Ward Officers and consequently members are not aware before whom they are appearing. It is therefore, suggested that the same be placed as early as possible.

Hope to receive your magnanimous consideration