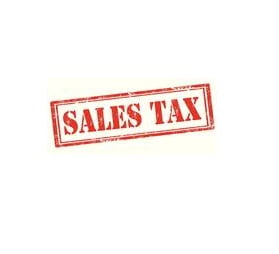 Extract of Judgement is given below:

Seeking a direction to the respondents to consider their request for payment of the arrears of taxes under the APGST Act and CST Act in installments, the dealer has come up with the above writ petition.

5. Under normal circumstances, a person, who secured the facility of payment by installments and who committed default in complying with the same, may not be entitled to any indulgence. But, the facts of the case are little peculiar. It is seen from the representation made by the petitioner that the petitioner became a sick company from the year 2011 and their account was declared as Non-Performing Asset by the State Bank of India. It appears that in the year 2017, the bank accepted a One Time Settlement (OTS) and the petitioner came out of the woods. The company is on the path to recovery. Unfortunately, at the time when the petitioner secured an order for payment by installments, they also had the OTS Scheme sanctioned from the bank. Therefore, obviously, the priority went towards clearing the dues of the bank. Hence, the petitioner cannot be said to be a willful defaulter, disentitled to any indulgence.

6. Today, it appears that the liability is around Rs.99.00 lakhs according to the Department. There are 100 people working in the Company. Therefore, while it is necessary to recover the tax arrears, it is also necessary to keep the Industry alive.

7. In such circumstances, the Writ Petition is disposed of granting the facility of payment of the arrears of taxes, in twelve (12) equal monthly installments, with the first of such installment being paid on or before 15th April, 2019 and all subsequent installments being paid on or before 15th of every succeeding English Calendar Month. If the petitioner commits default in payment of any one of the installments, it will be open to the department to proceed further in accordance with law. However, there shall be no order as to costs.

As a sequel thereto, Miscellaneous Petitions, if any, pending in the writ petition shall stand closed.