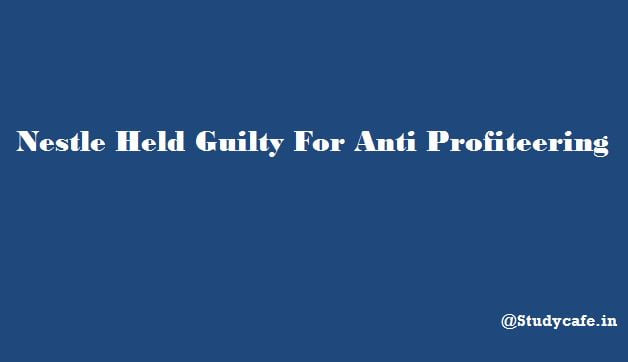 Relevant Text of Order is as follows

200. Based on the above facts the profiteered amount is determined as Rs. 89,73,16,384/- as per the provisions of Rule 133 (1) of the above Rules as has been computed vide revised Annexure-16 of the supplementary Report dated 15.03.2019. Accordingly, the Respondent is directed to reduce his prices commensurately in terms of Rule 133 (3) (a) of the above Rules. The Respondent is also directed to deposit an amount of Rs. 73,14,83,660/- (Rs. 89,73,16,383 – Rs. 16,58,32,723) as he has already deposited an amount of Rs. 16,58,32,723/- in the CWF of the Central and the concerned State Government, as the recipients are not identifiable, as per the provisions of Rule 133 (3) (c ) of the above Rules along with 18% interest payable from the dates from which both the above amounts were realised by the Respondent from his recipients till the date of their deposit as per the revised Annexure-16 attached with the Report dated 15.03.2019. The above amount of Rs. 73,14,83,660/- shall be deposited within a period of 3 months  from the date of passing of this order failing which it shall be recovered by the concerned Commissioner CGST/SCST. The State/Union Territory wise amount of benefit to be deposited in the CWF is as under out of which the amount of Rs. 16,58,32,723/- shall be appropriately adjusted in respect of each State and the Central Government:- 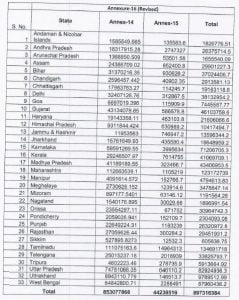 201. It is evident from the above narration of facts that the Respondent has denied the benefit of tax reduction to the customers in contravention 01 the provisions of Section 171 (1) of the CGST Act, 2017 and has thus profiteered as per the explanation attached to Section 171 of the above Act. Therefore, he is liable for imposition of penalty under Section 171 (3A) of the CGST Act, 2017. Therefore, a show cause notice be issued to him directing him to explain why the penalty prescribed under the above sub-Section should not be imposed on him. Accordingly, the notice dated 16.10.2019 vide which it was proposed to impose penalty on the Respondent under Section 29 and 122-127 of the above Act read with Rule 21 and 133 of the CGST Rules, 2017 is hereby withdrawn to that extent.

202. Further, this Authority as per Rule 136 of the CGST Rules 2017 directs the Commissioners of CGST/SGST to monitor this order under the supervision of the DGAP by ensuring that the amount profiteered by the Respondent as ordered by this Authority is deposited in the CWFs of the Central and the State Governments as per the details given above. A report in compliance of this order shall be submitted to this Authority by the concerned Commissioner within a period of 4 months from the date of receipt of this order.

203. A copy each of this order be supplied to the Applicants, the Respondent and all the concerned Commissioners CGST /SGST for necessary File be consigned after completion.