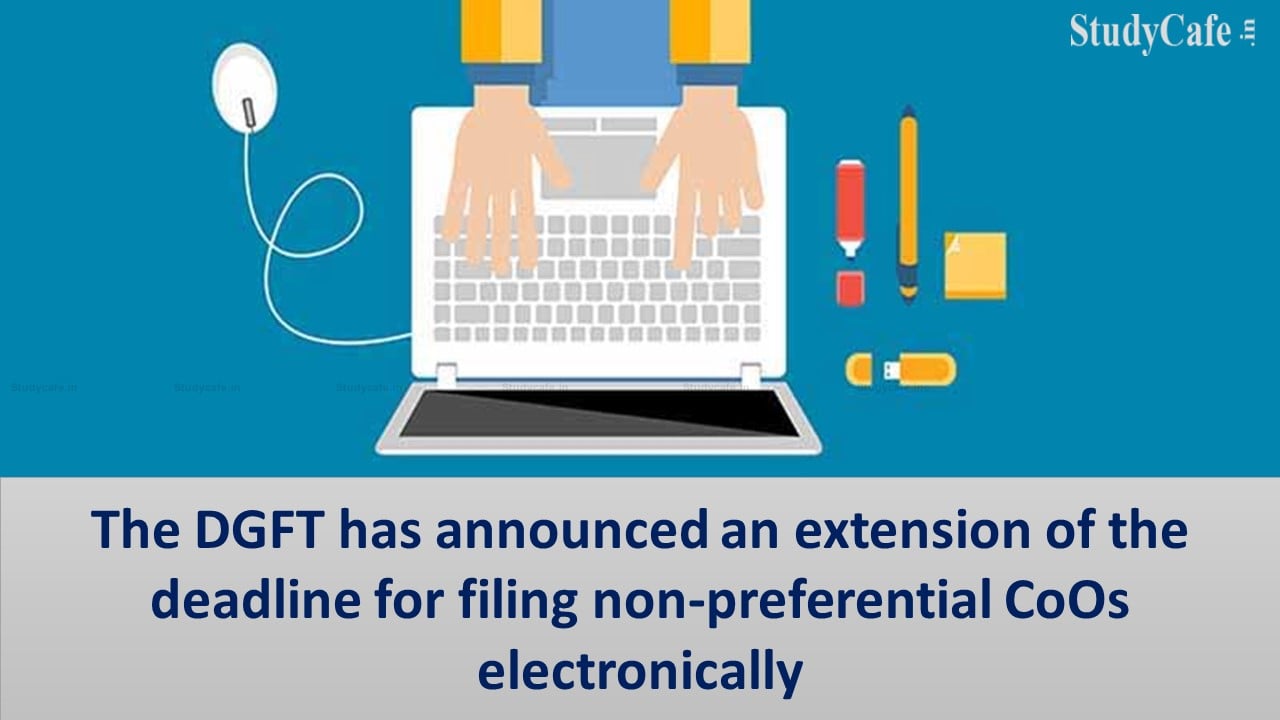 The Director General of Foreign Trade has announced that the deadline for filing non-preferential CoOs (Certificates of Origin) electronically on the shared digital platform has been extended until October 31, 2021. All exporters/trade members, as well as all issuing agencies indicated in Appendix 2E of the FTP, received notice of the change. Here is the detailed elaboration.

Precis of the DGFT’s circular: Electronic filing of non-preferential CoO:

It also stated that, at the request of certain Chambers/Associations listed in Appendix-2E, the current method of manual/paper-based submission and processing of non-preferential certificate of origin applications has been extended until October 31, 2021, with the online system remaining optional.

Additionally, those agencies that have been alerted under Appendix 2E have been urged to complete the onboarding process by October 31, 2021. If agencies do not comply, they will be removed from Appendix 2E.

For any help or explanations on the onboarding process, the agencies were urged to contact ddg2egov-dgft[at]gov[dot]in through email. Following the deadlines, the amended Appendix 2E with the list of on-boarded agencies will be informed.

Certificates of Origin are available in a variety of formats:

Chambers of commerce can issue two types of certificates of occupancy. The following are the details:

Certificate of Origin with Preferential Status:

When goods are subject to preferred tariff treatment in the payment of tariffs, a preferential Certificate of Origin is issued. These duties can range from a reduction in the standard rate to a total exemption from the tariff. This occurs when two or more countries reach an agreement on trade that includes exemptions for items exported or imported between them.

Certificate of Origin with No Preference:

The Non-Preferential Certificate of Origin specifies that the items being exported will not receive preferential tariff treatment, and that the appropriate tariffs will be imposed on the commodities being transported.

The framework for Certificates of Origin was created with a specific goal in mind:

The e-CoO system would generate a set of three CoO leaves, including electronic, original, and duplicate, in the event of online Non-Preferential CoO applications. The officer’s picture signature will be included in the electronic copy, as well as the stamp of the issuing agency. The other copies will be devoid of the issuing agency’s picture sign and seal. Furthermore, the exporter might choose to have the printouts of these remaining copies signed in wet-ink by the issuing officer and stamped by the issuing office, if necessary.

Exporters can request attestation of the papers presented with the application as part of the Non-Preferential CoO online application process. The applicant exporter can obtain the wet-ink signed copies, as well as the attested documents, via post or in person in order to submit them to the appropriate authorities in the importing country.

1. Select the online exporter Registration and login option from the common digital platform portal, then enter your credentials with the captcha and press the login button.
2. After login in, go to the dashboard and select the online Non-Preferential CoO option. An application form will appear; complete it with the essential information.
3. After you’ve filled out the form, upload the digitally signed papers and submit it. It is important to note that a DSC must be provided in order to upload documents and submit an application.
4. Click on the preview certificate to see the draft CoO NP.
5. Click on the payment option to begin the payment process.
6. Once the application is submitted successfully, the exporter will get an alert in the form of SMS or email.
7. Once the application is submitted, the common digital platform will generate existing set of copies of CoO NP with an additional copy.

The existing system of manual/paper-based submission and processing of non-preferential certificate of origin applications has been extended until October 31, 2021 only, according to the DGFT, and the online system will not be made mandatory due to the request of certain Chambers/Associations listed in Appendix-2E. Additional agencies were urged to guarantee that the onboarding process was completed by October 31, 2021, as specified in Appendix 2E. If agencies do not comply, they will be removed from Appendix 2E. 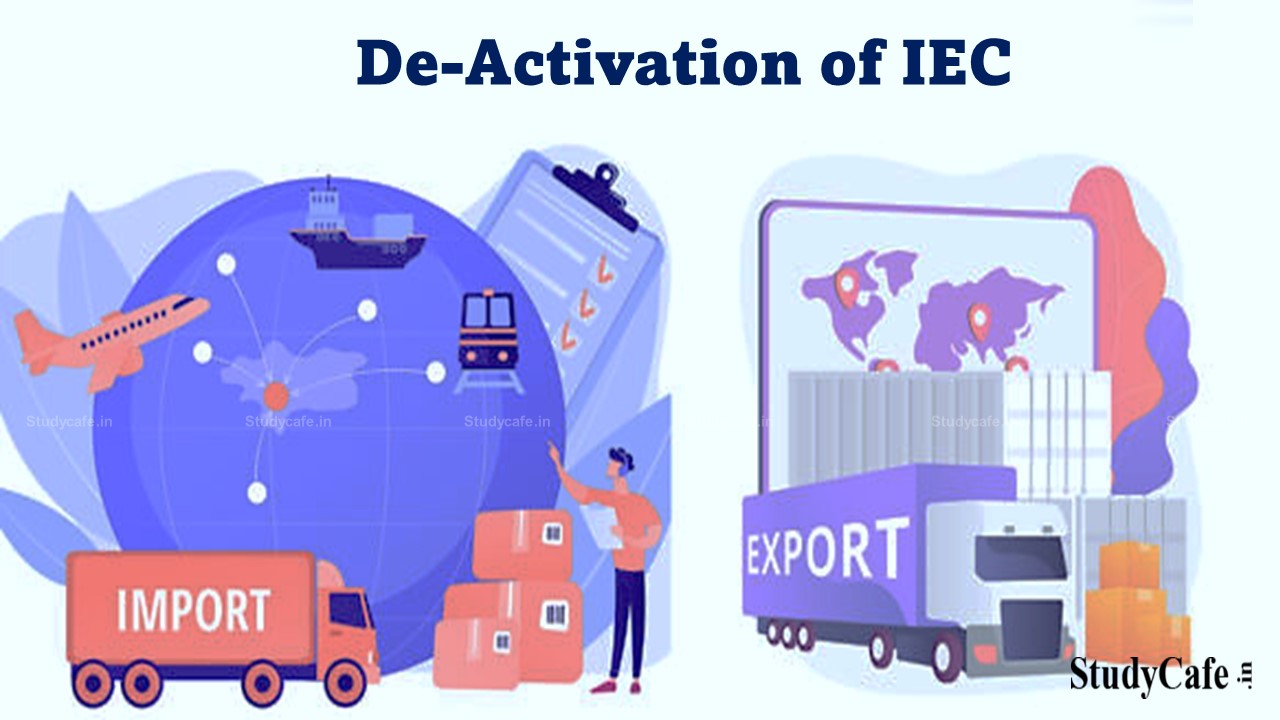 De-Activation of IECs not updated at DGFT 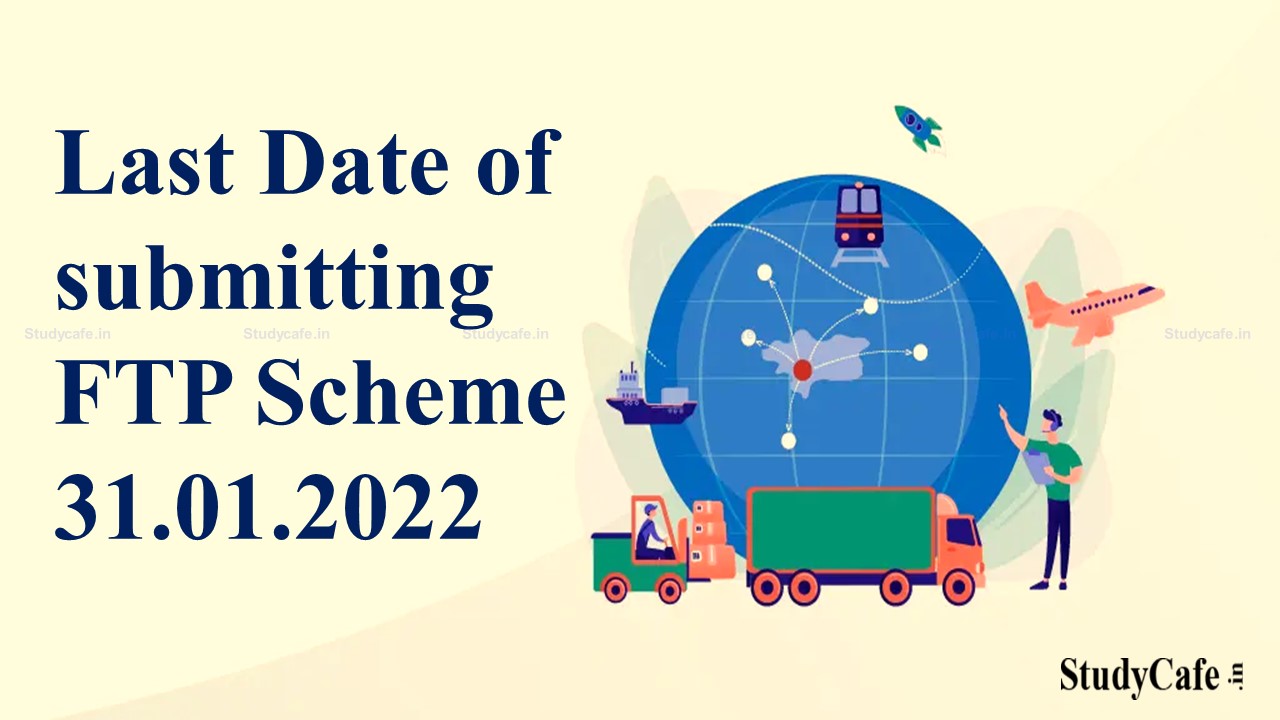 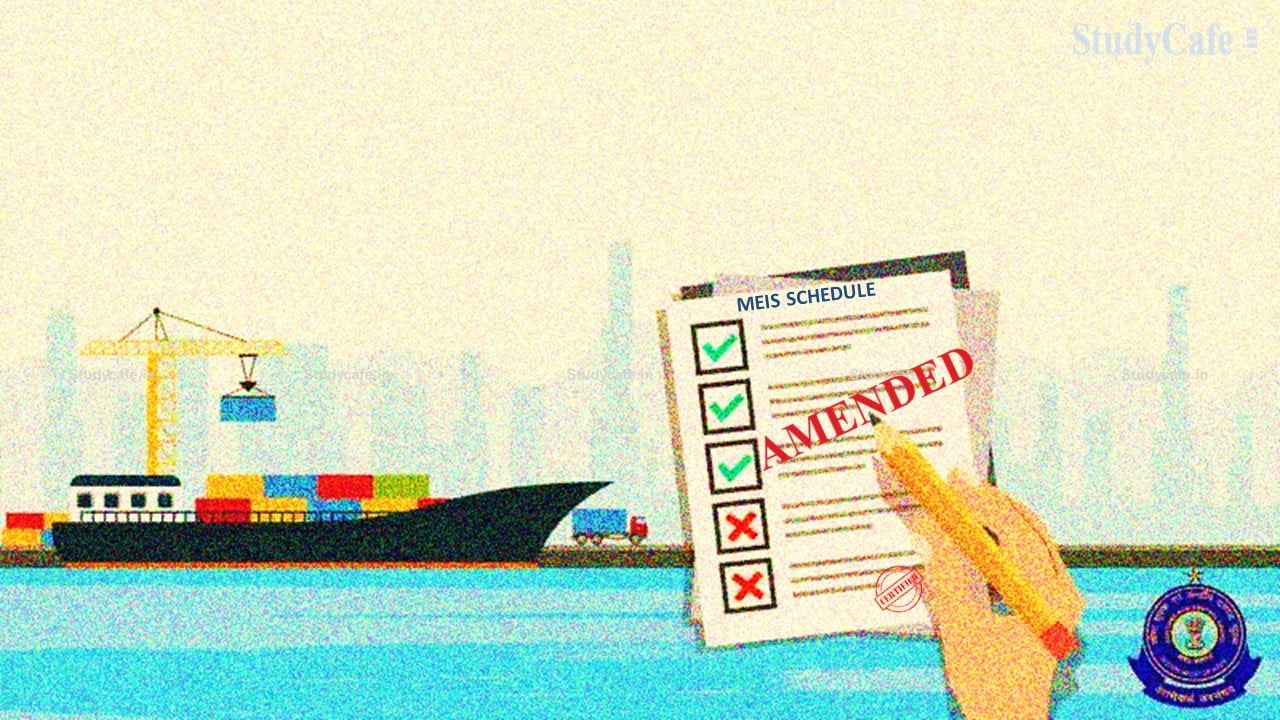